Famous character Yotsuba Koiwai from the manga Yotsuba&! gets another figure release by Kaiyodo Revoltech along with her cardboard robot friend, Danbo.  I got these awesome goodies couple of weeks ago, thanks to Revoltech Philippines.

Yotsuba’s Renewal version aside from a new box, it comes with bunch of accessories compared to its first release. So if you have her “Summer Vacation” version, you’ll find some parts similar like the hat, bag and ice cream but you will surely enjoy its different optional face parts. In fact, I used some parts from Summer Dx in this photo shoot.

It’s just odd that I have the Summer Vacation and Renewal version but I do not know much about her. So I decided to read her manga and I got hooked. I found myself laughing and enjoying it so much,  making me love Yotsuba more.

Today’s photo set are mostly taken indoor, due to another storm that hit the country, my trip to the closest park is moved to another date. I’ll have 3 parts of the Yotsuba and Danbo photo series, the second one will be all about Danbo Renewal box, and third will be Yotsuba, Danbo and Friends.

For the set, I tried to recreate their tv room based on the manga. While the fishing scene was shot somewhere in our garden. 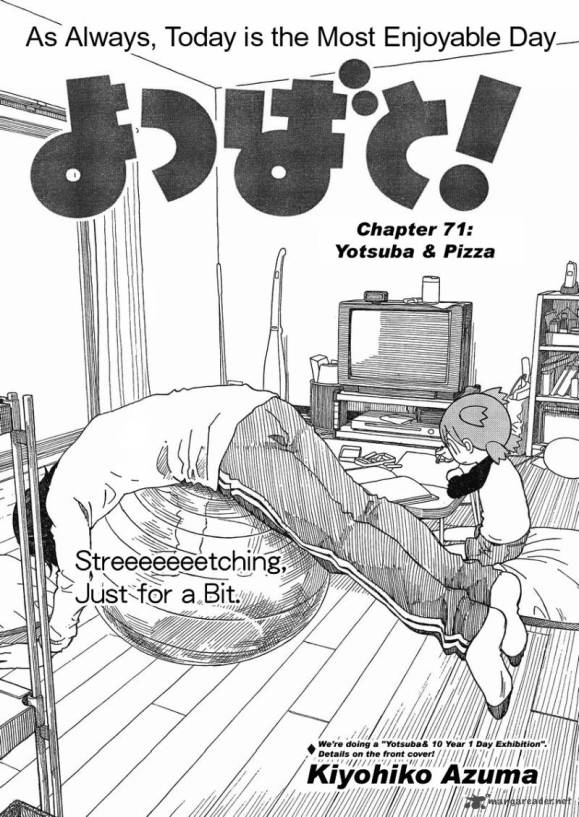 “Meet Duralumin, she can talk!”

“Now, let’s have a snack Duralumin… that’s yours”

“Yotsuba and a new Friend”