Days before Winter Wonder Festival, Mamitan and the amazing guys of Good Smile Company has given me once again a chance to take an early look and take some photos of their WonFes exclusive figma Snow Miku: Snow Bell Ver.! Kahotan has made a preview of this super cute figma days ago. Thank you very much! ❤

Max Factory decided to make the winning design from Piapro into a figma, along with Hayuki’s rabbit Yukine. The first Snow Miku figma was released last year. Her design is based on Piapro’s theme “Plant Life in Winter” that gives a heartwarming feeling and brings smile to your face as you look at her expressions.

Let’s take a closer look at this exclusive figure. The box also looks cute, with Lily of the Valley flower designs on it. 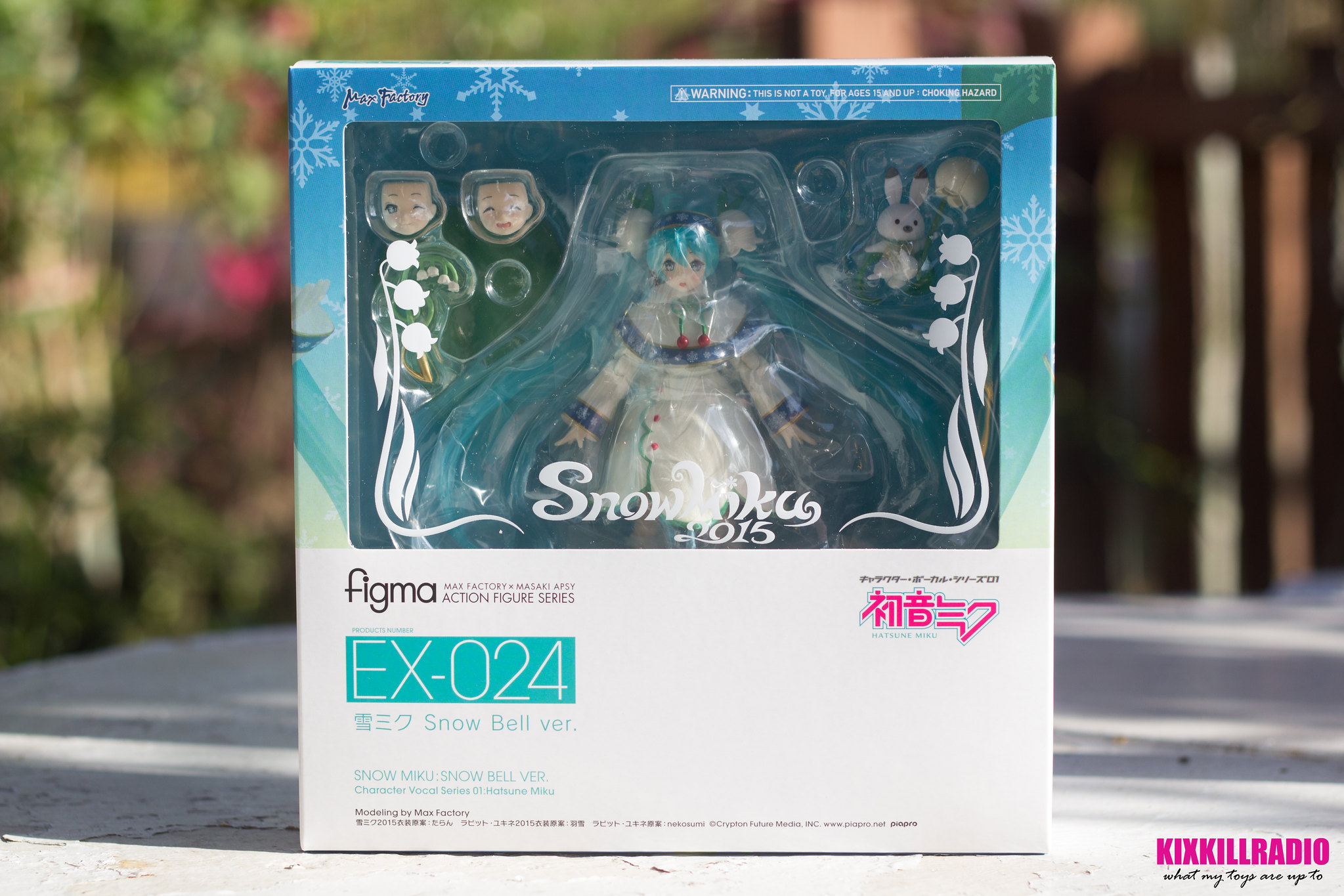 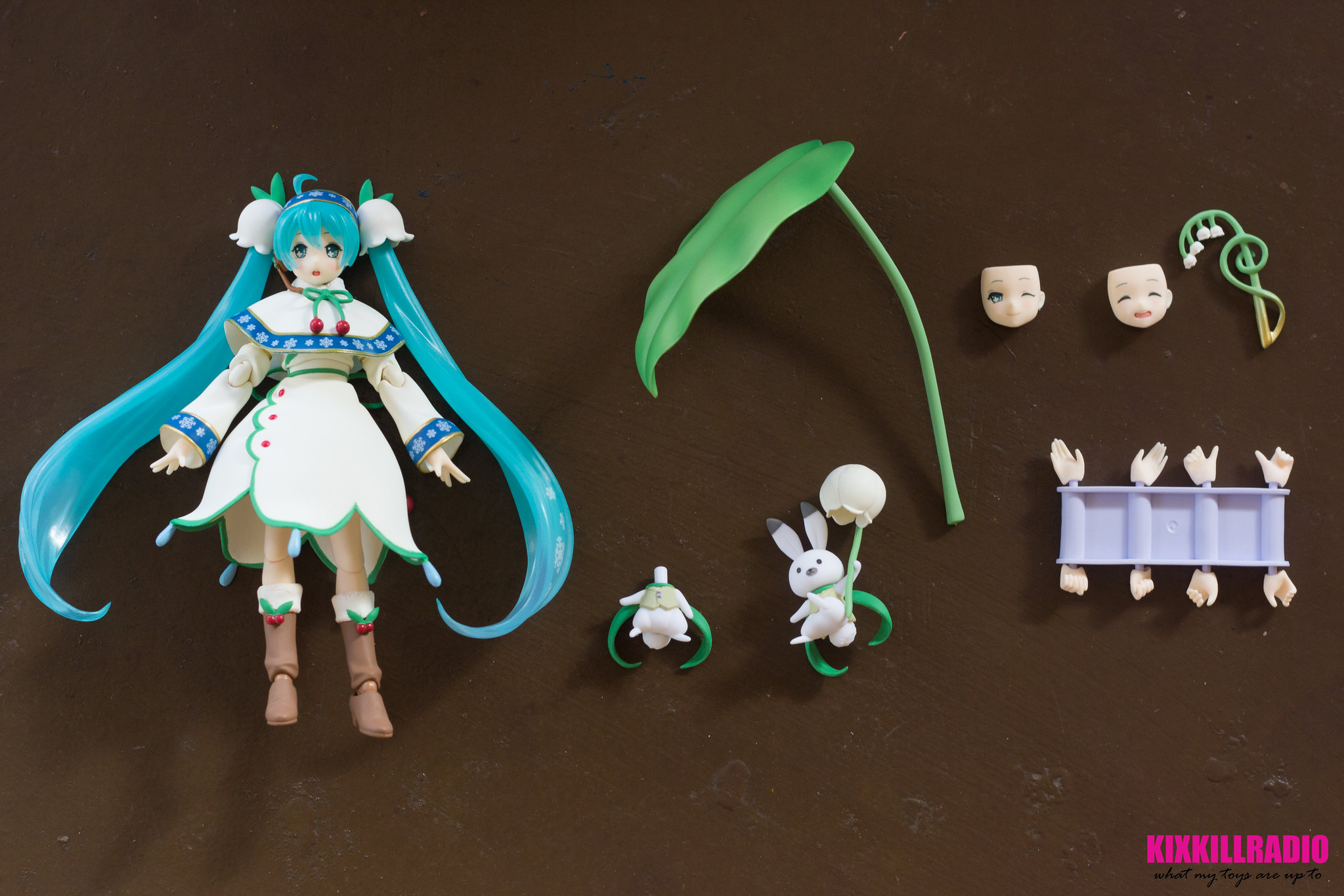 So I decided to make a slice of life of Snow Miku in her garden. 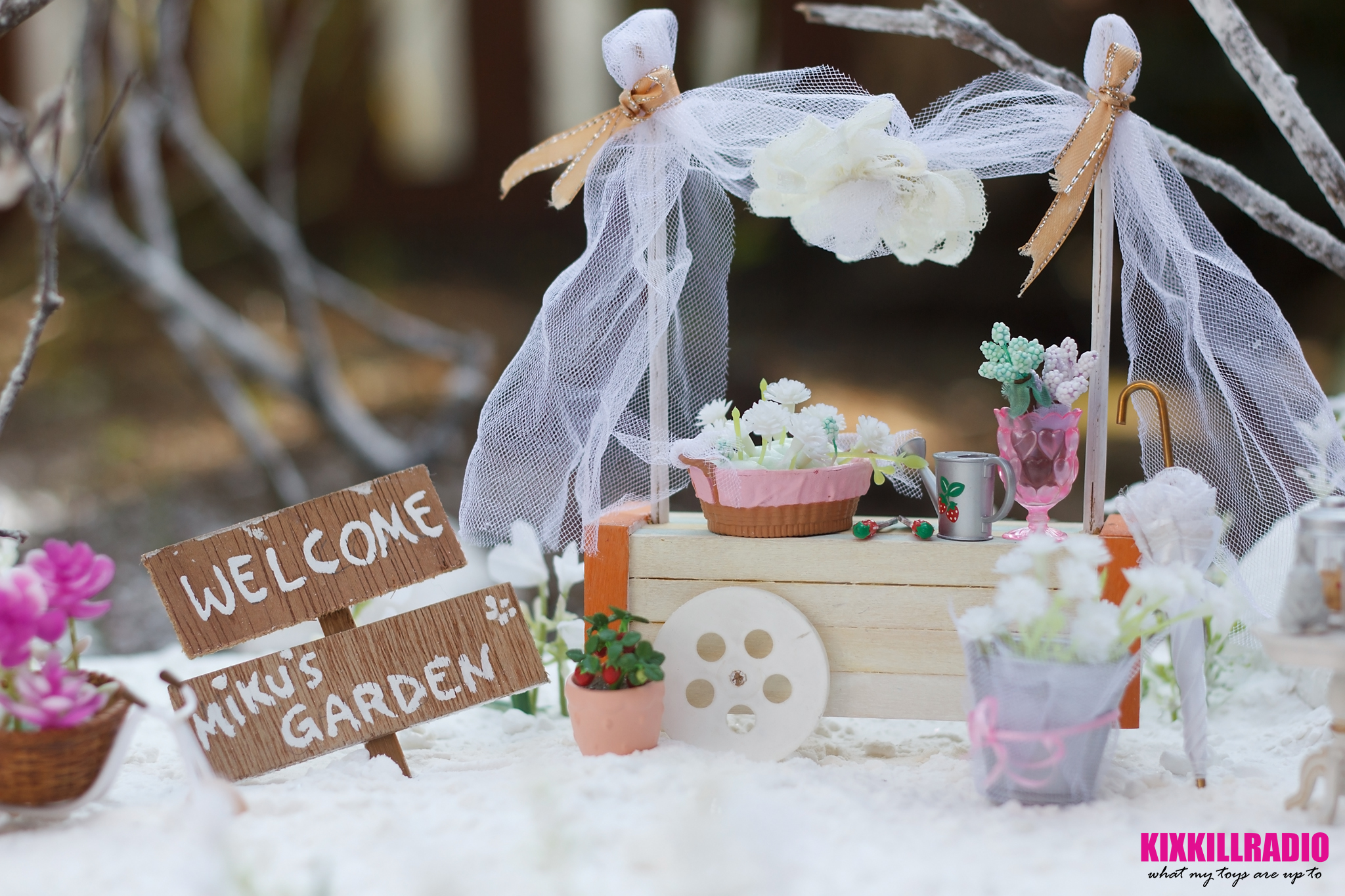 The rabbit Yukine, welcomes you in Snow Miku’s Garden! 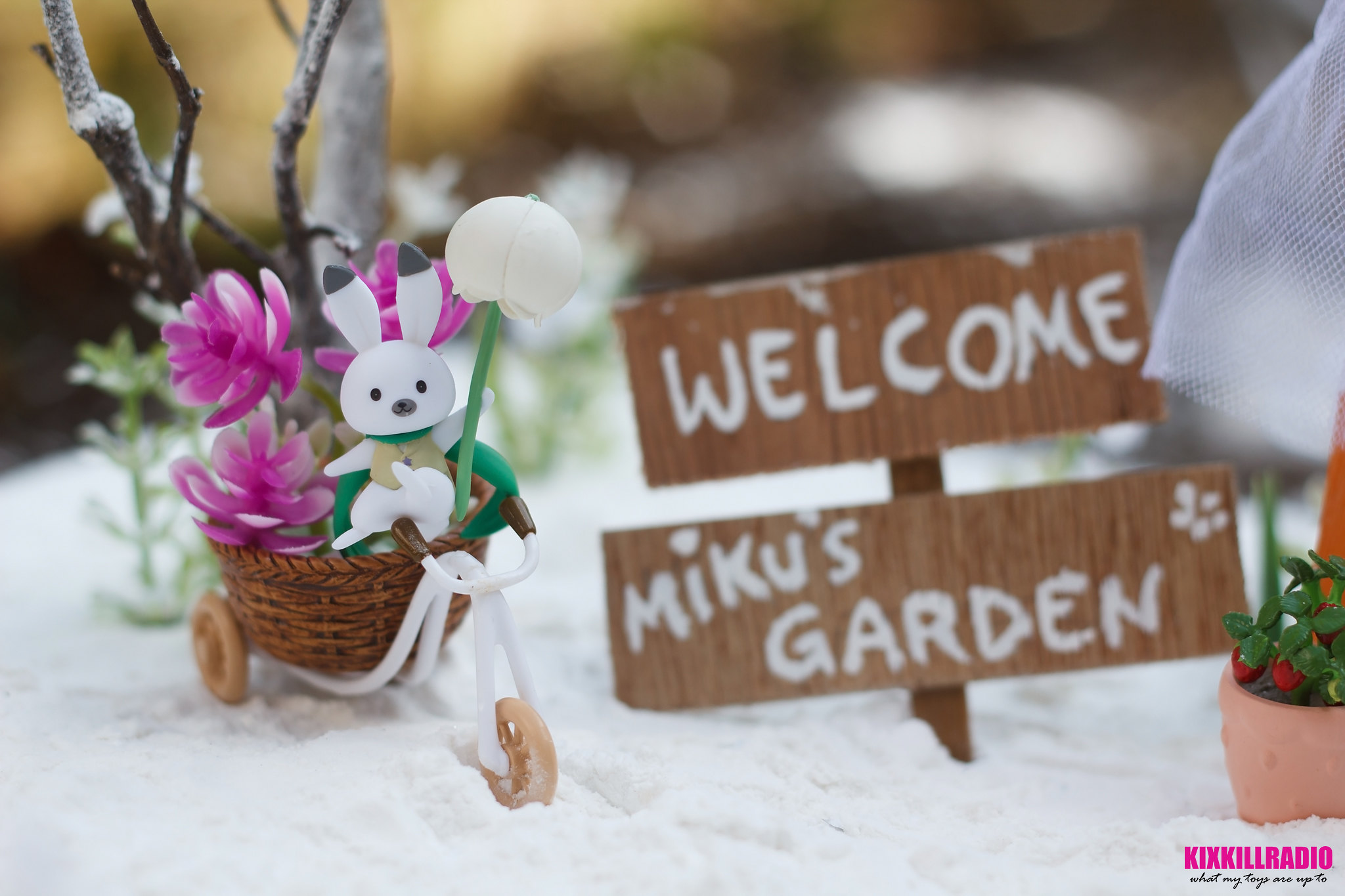 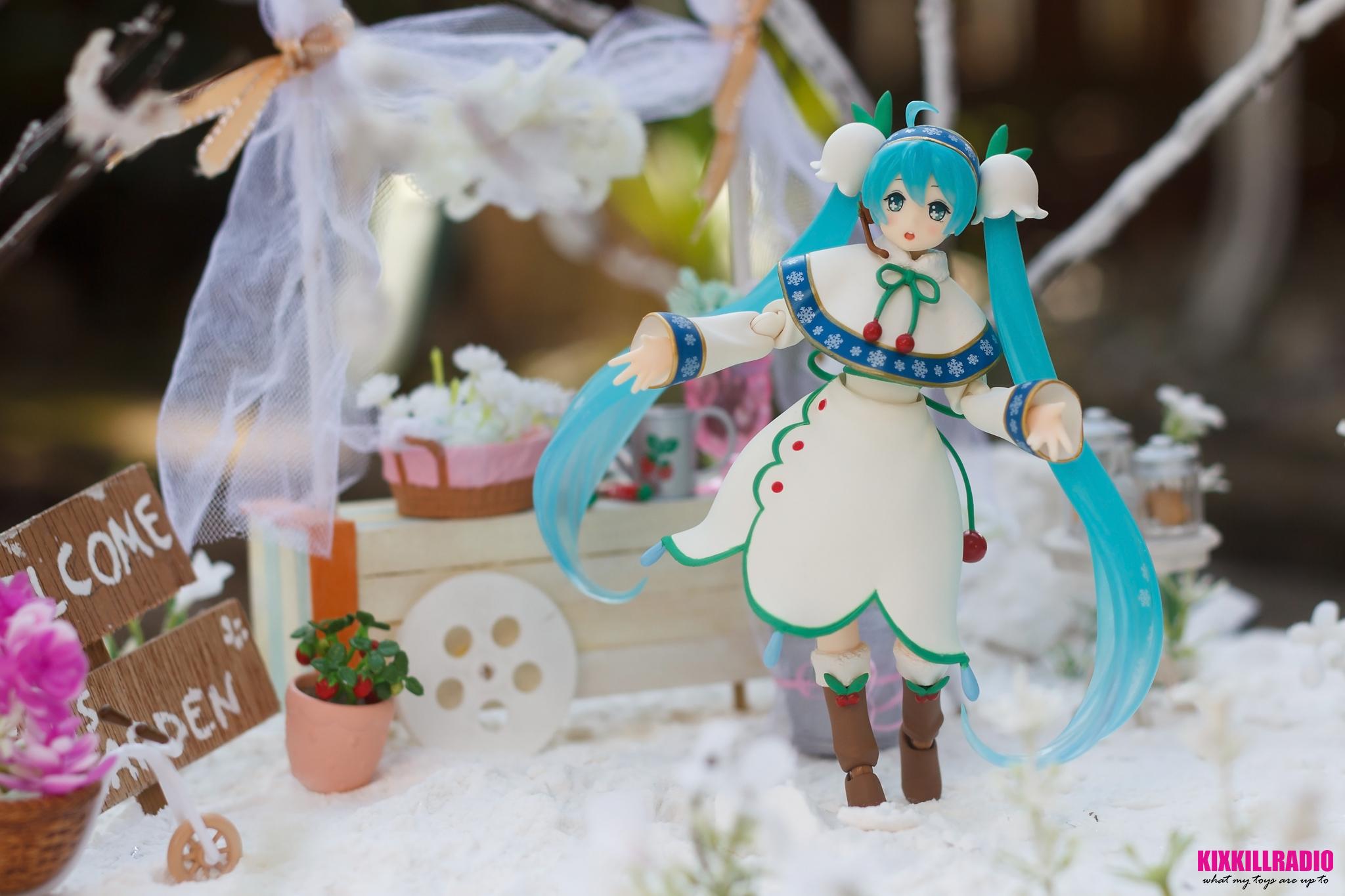 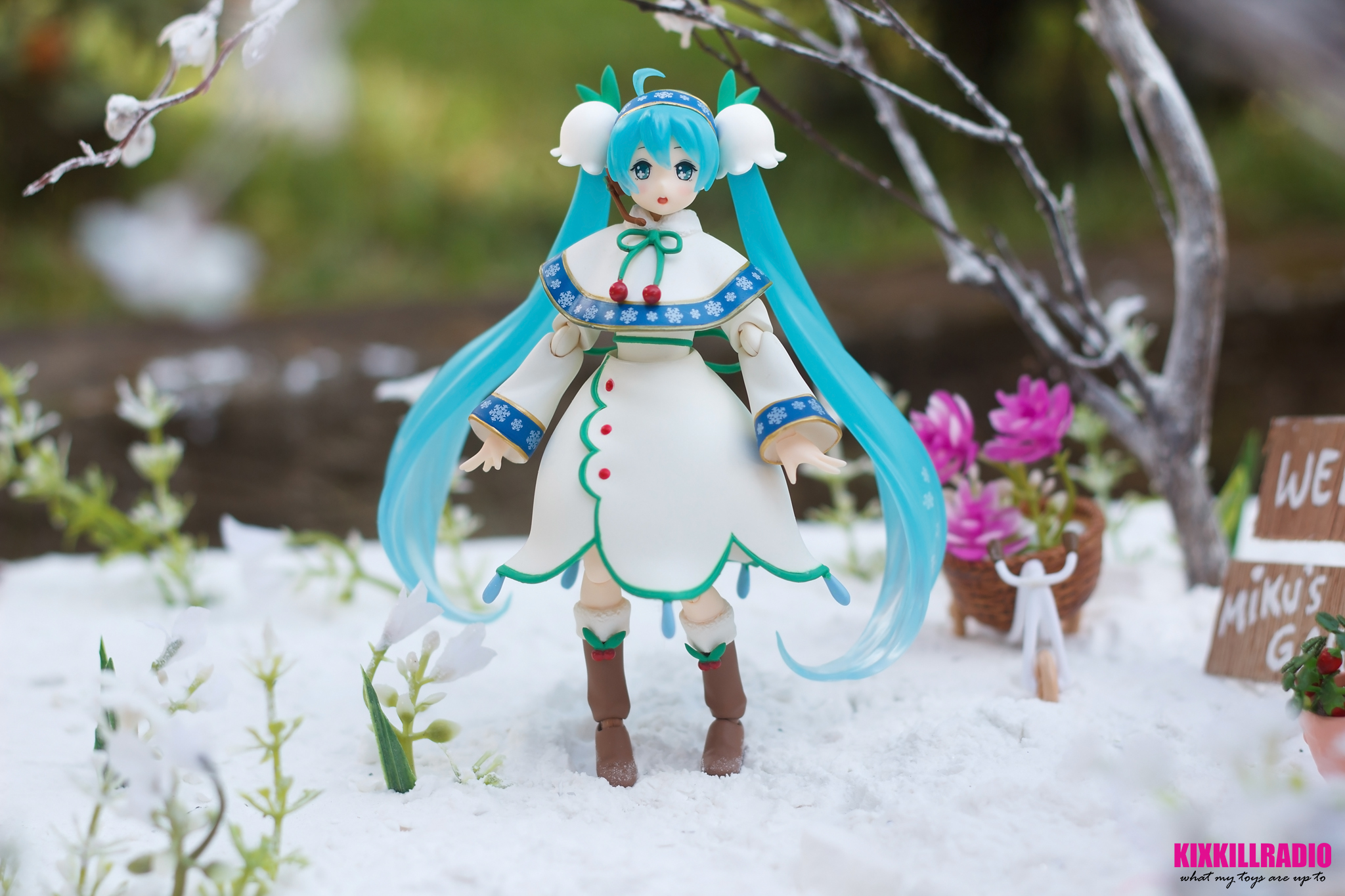 Her cape can also be removed, and pose her like this. :3 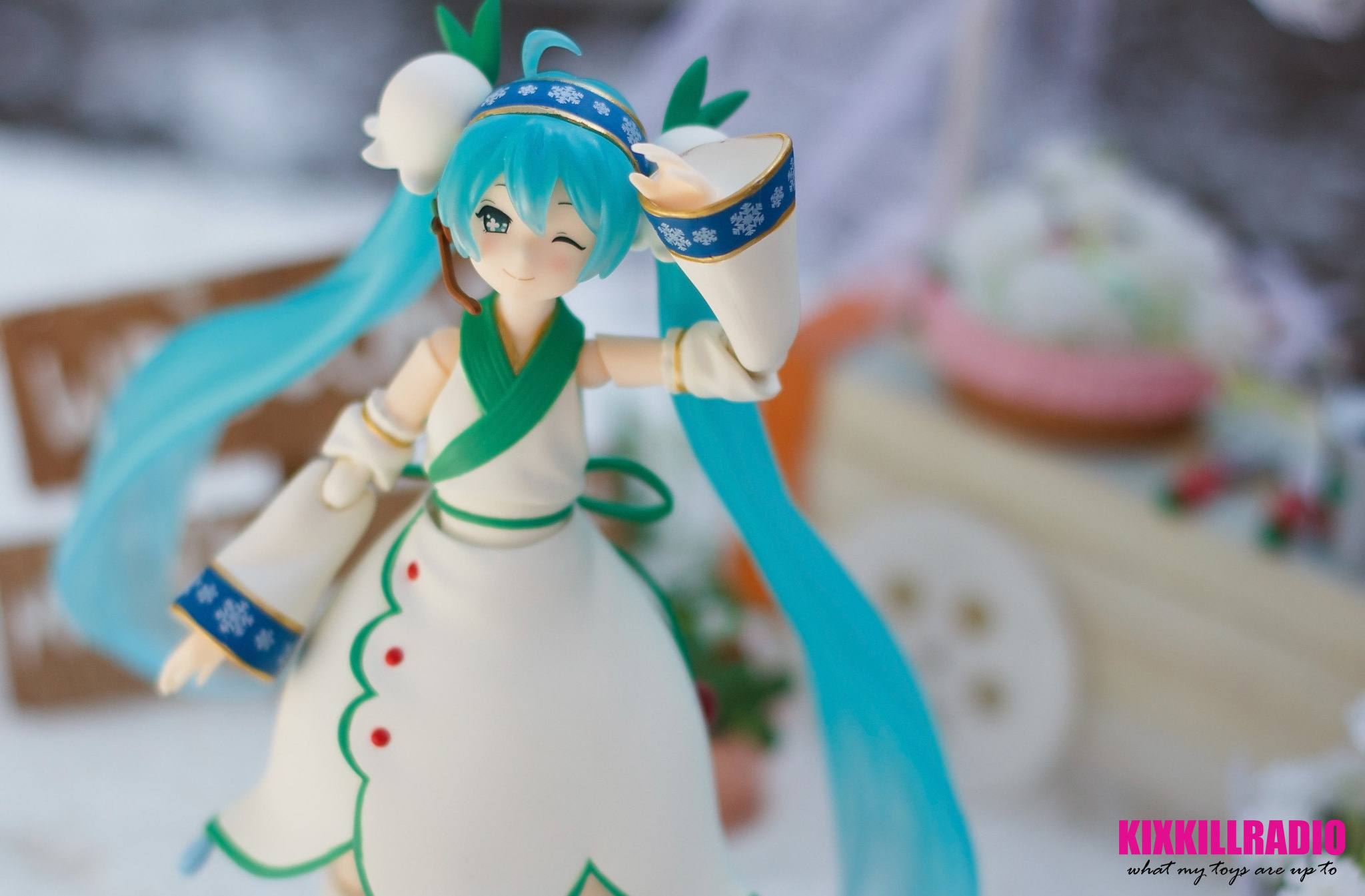 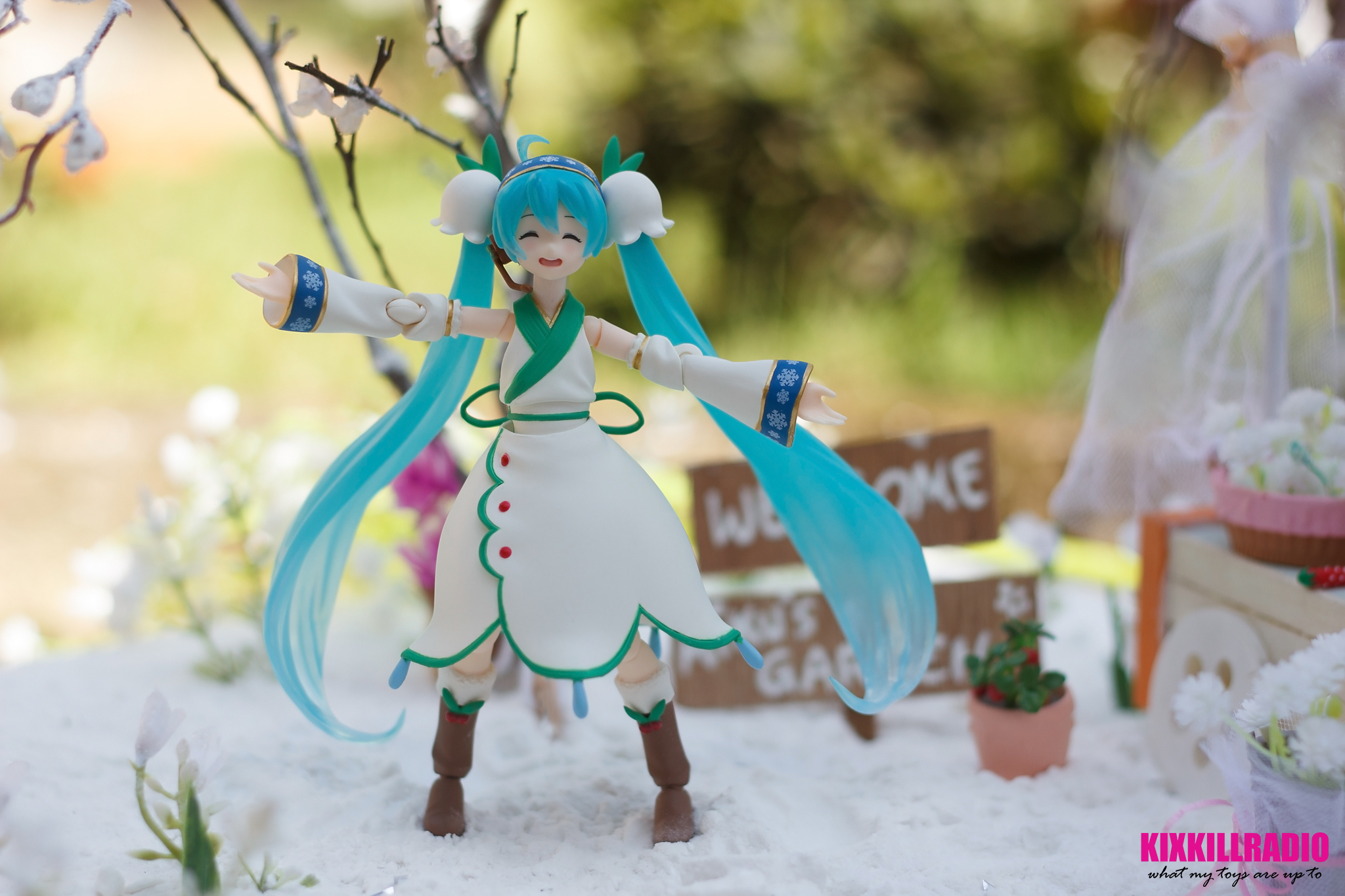 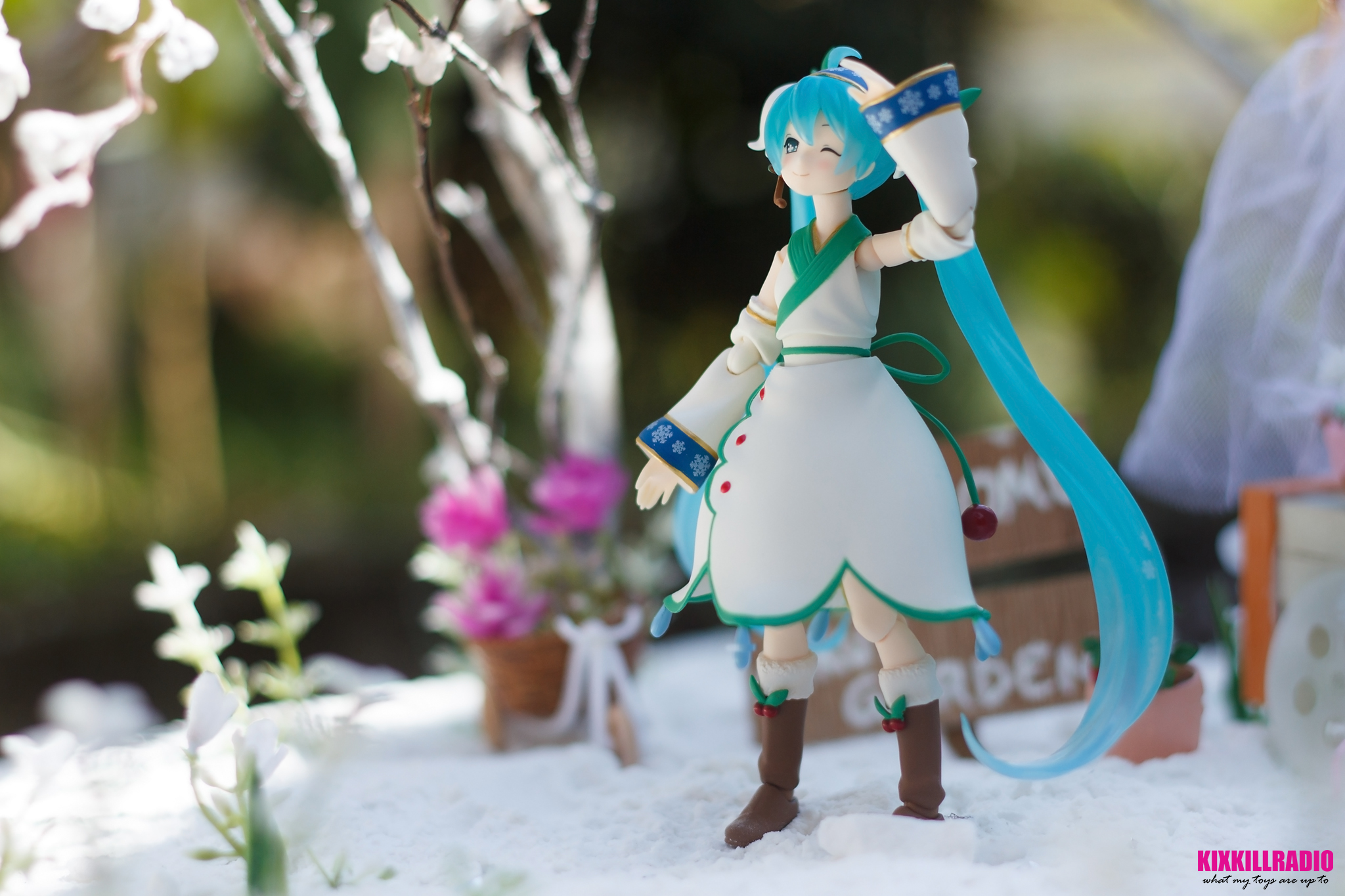 This face expression is my favorite ❤ She has this mesmerizing eyes, don’t you think? 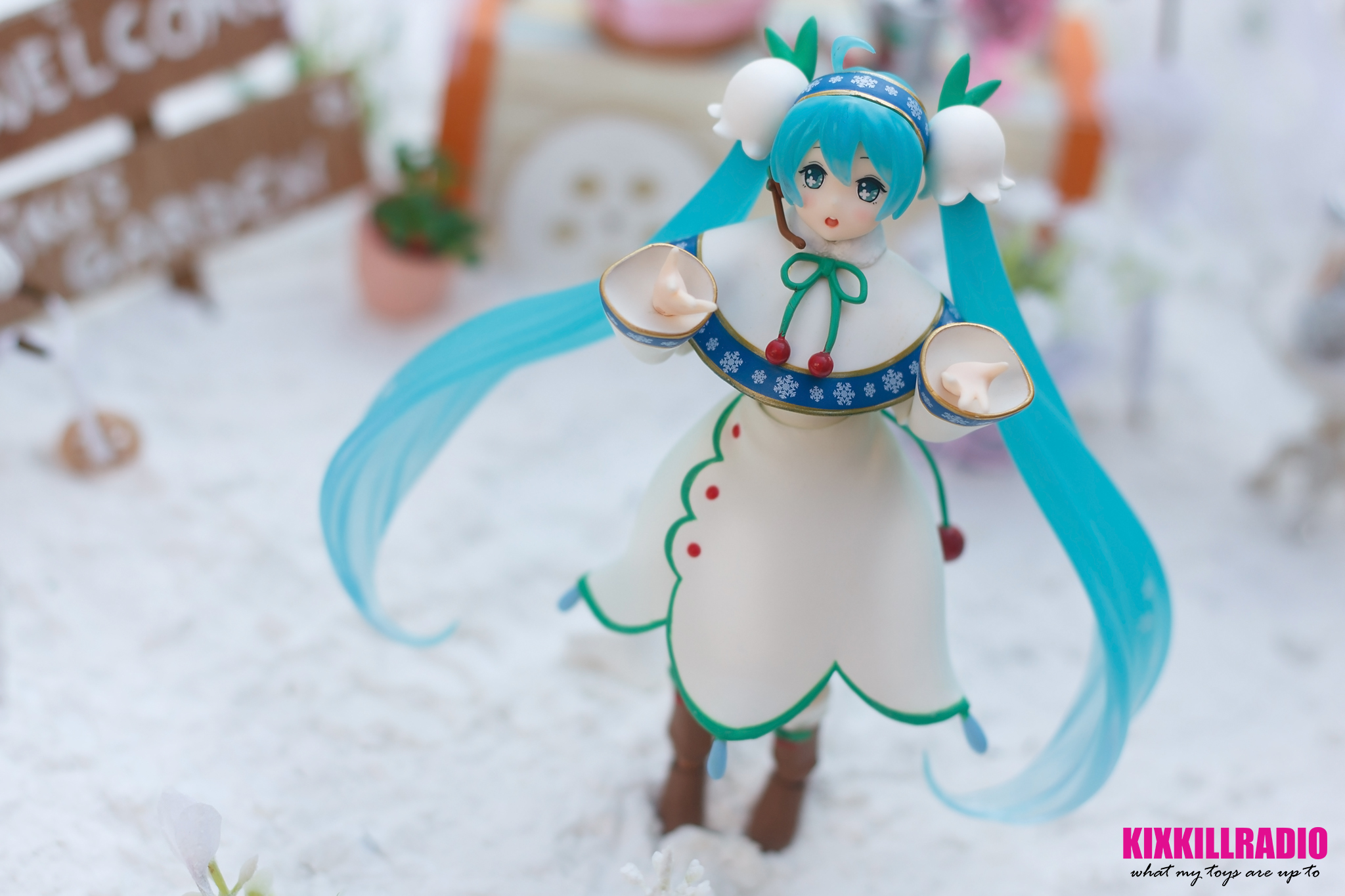 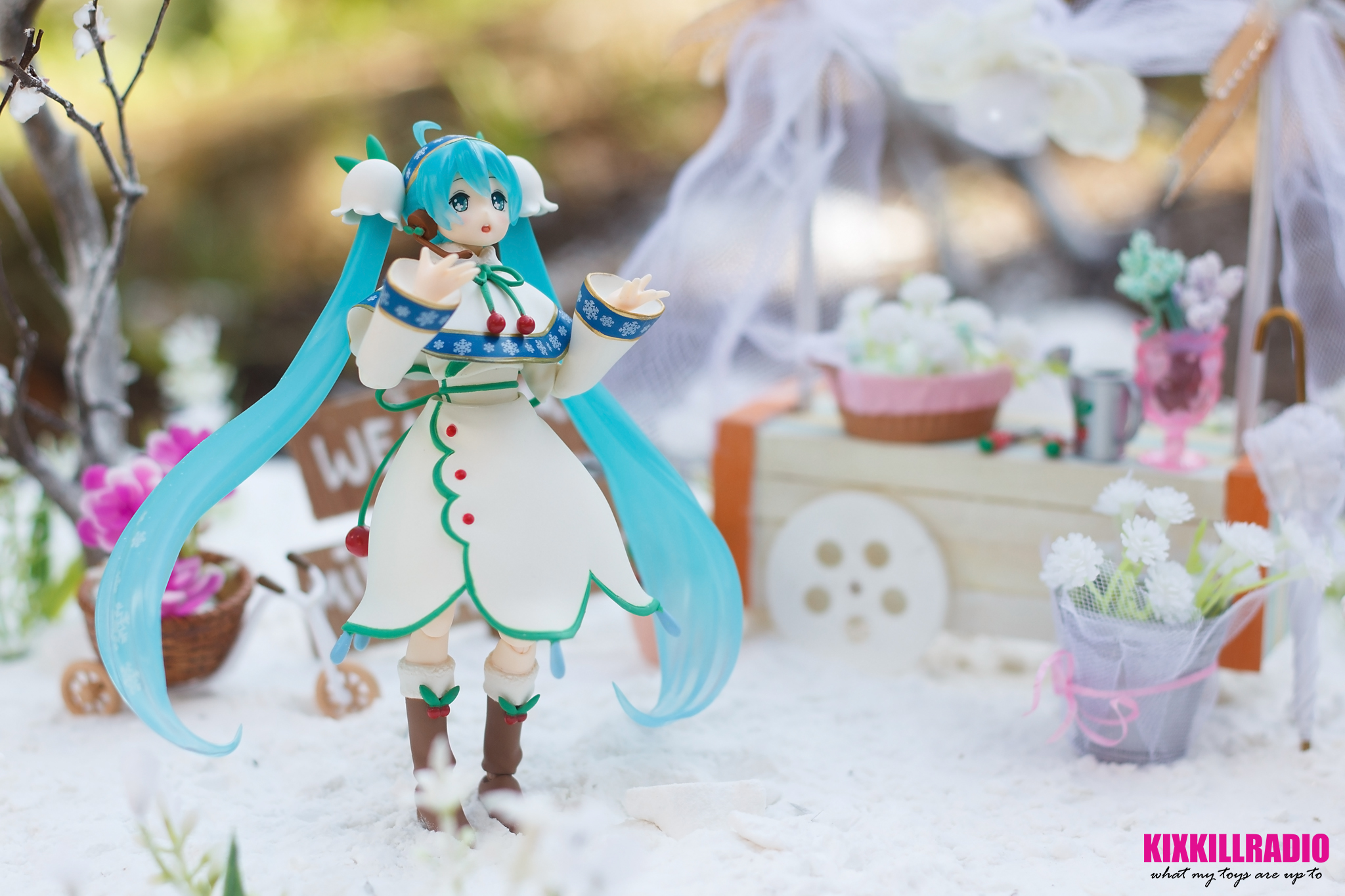 That dazzling smile she has can melt your heart away. ❤ 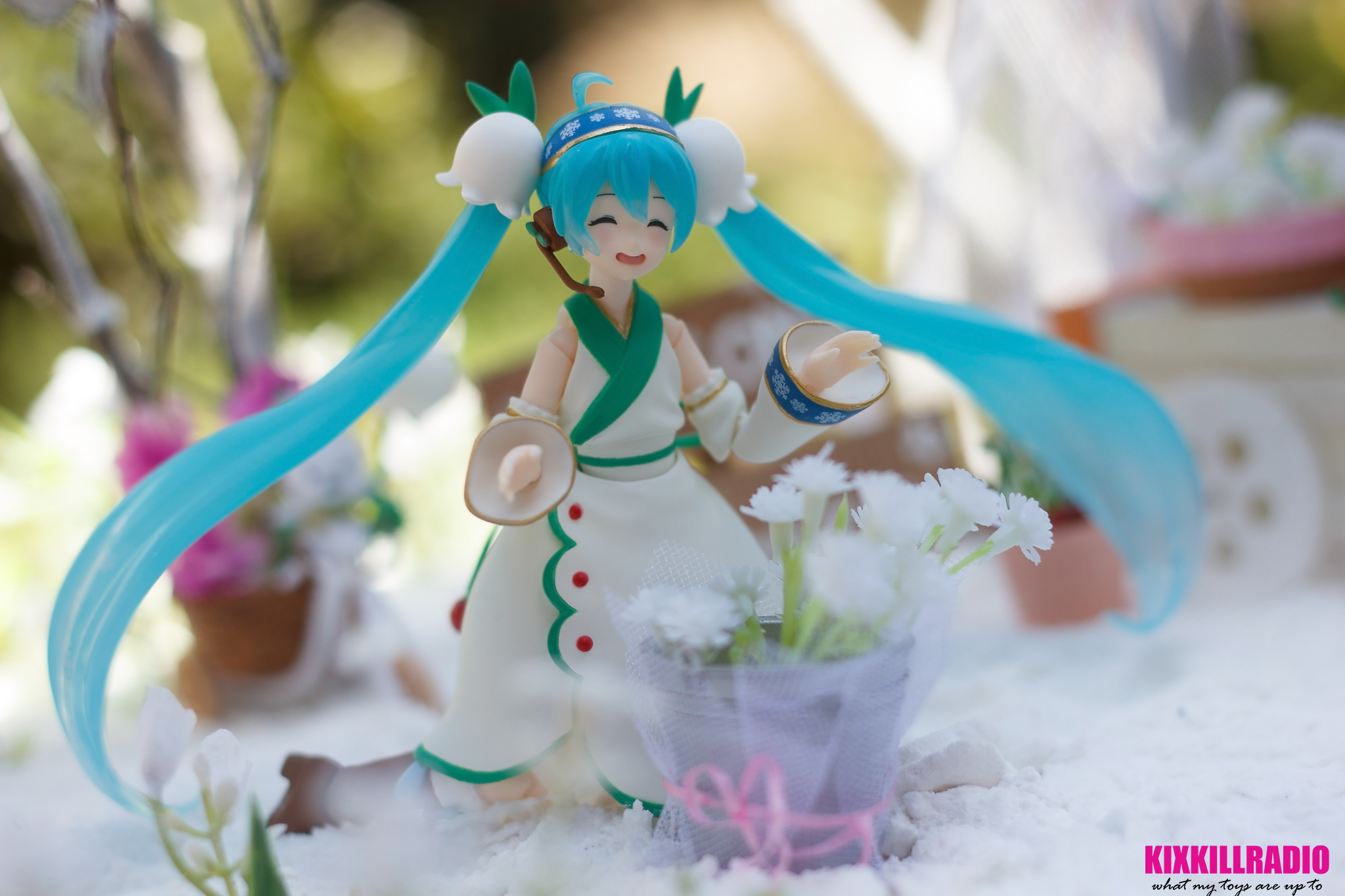 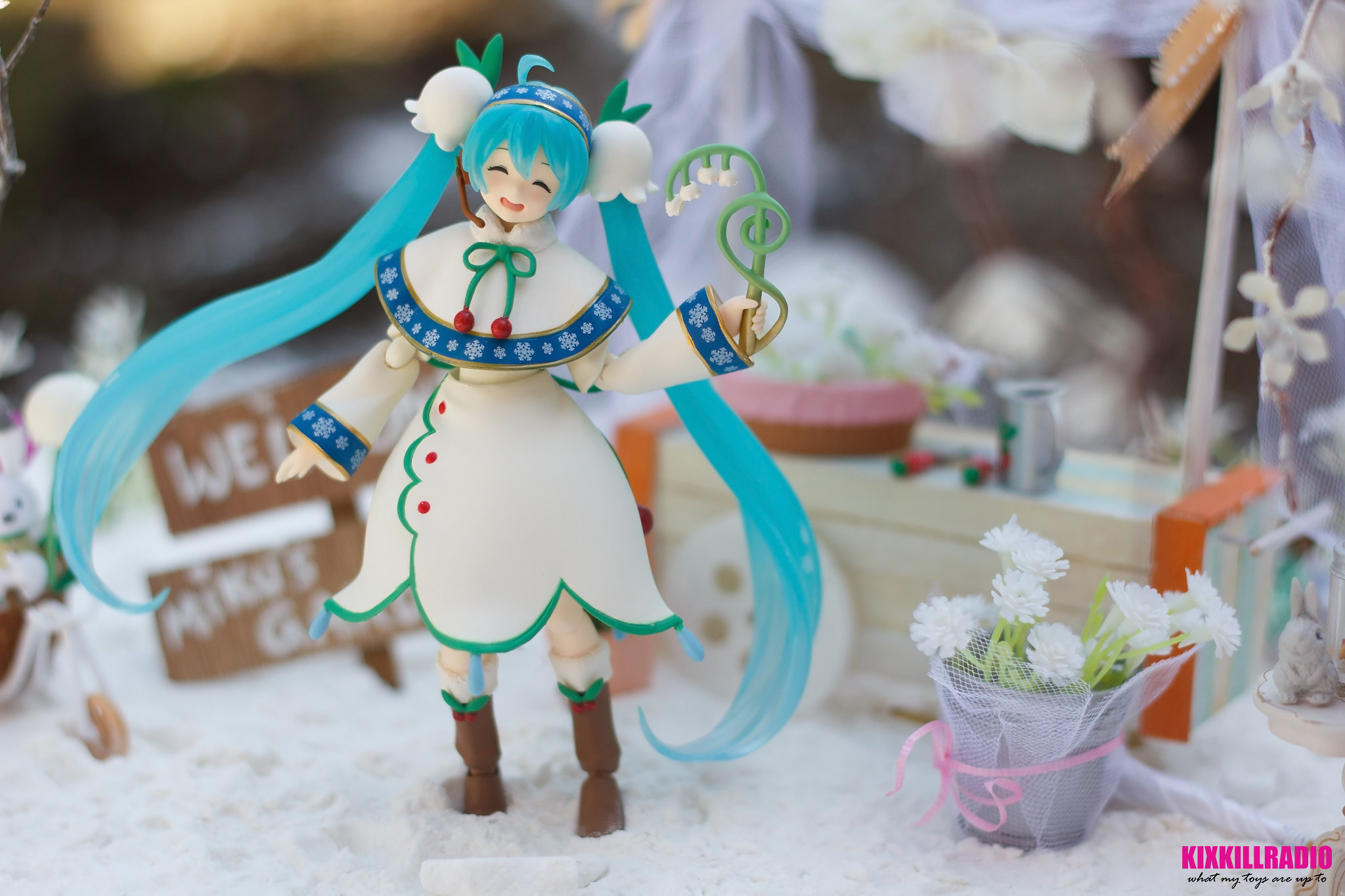 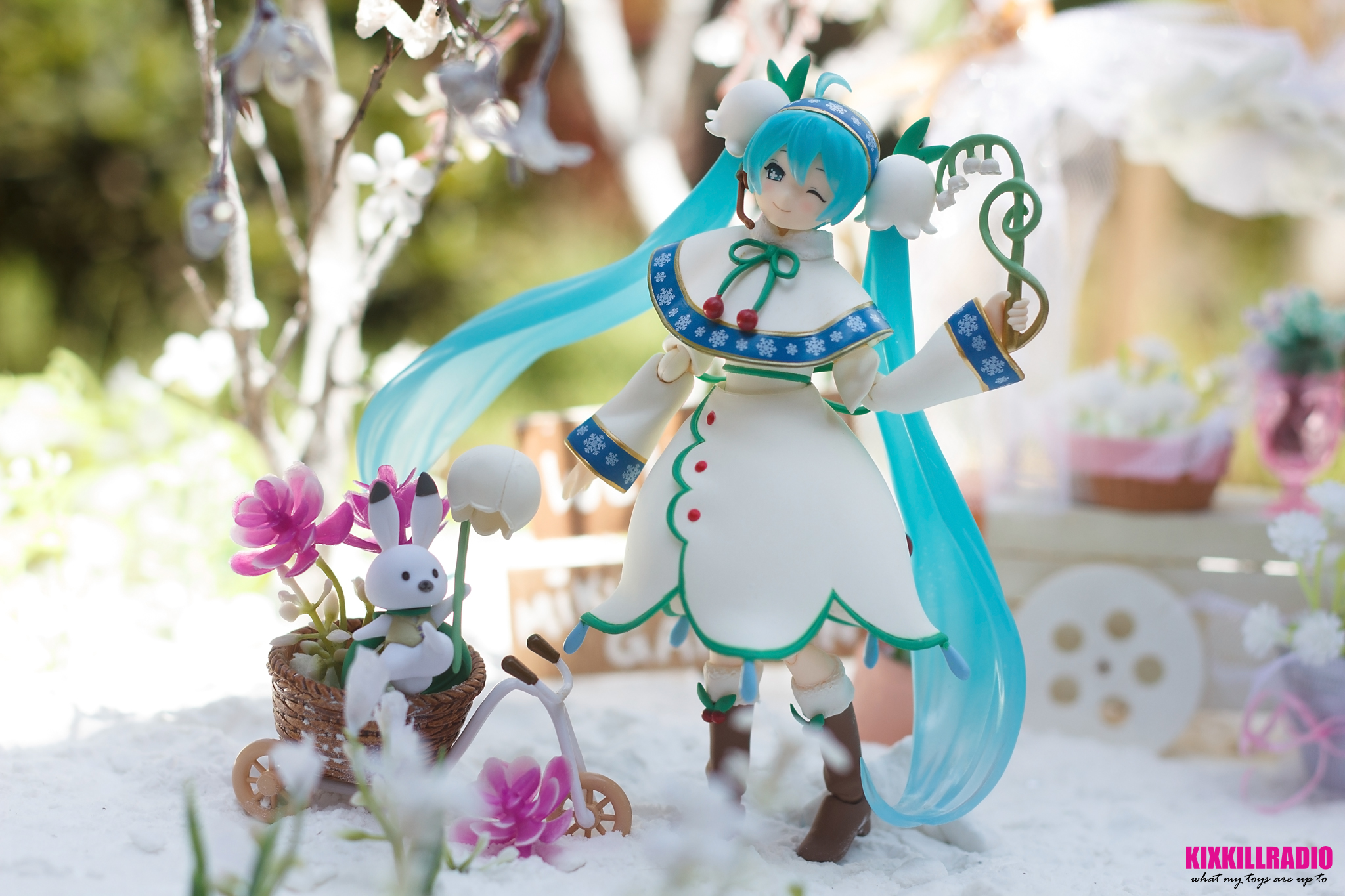 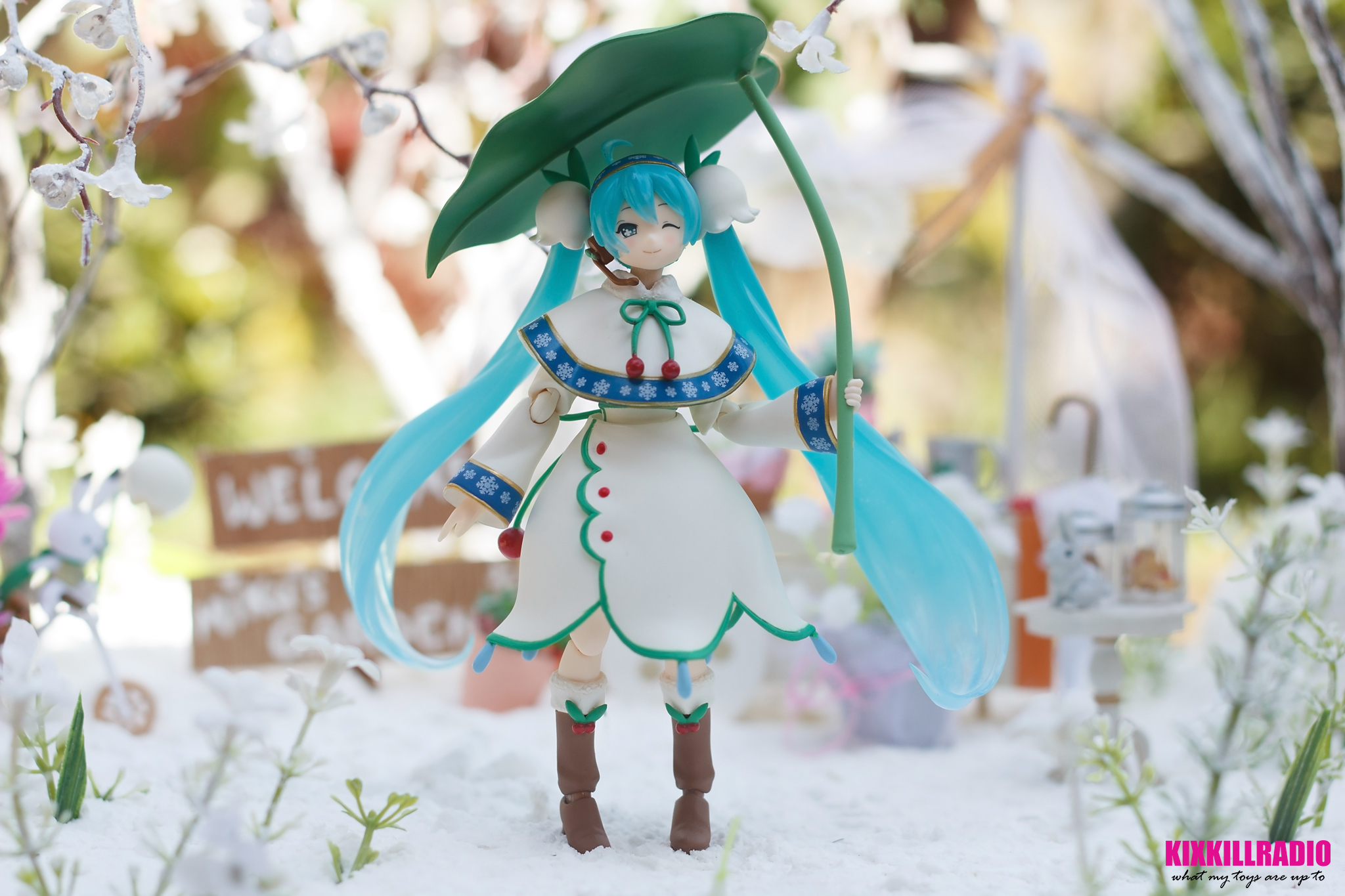 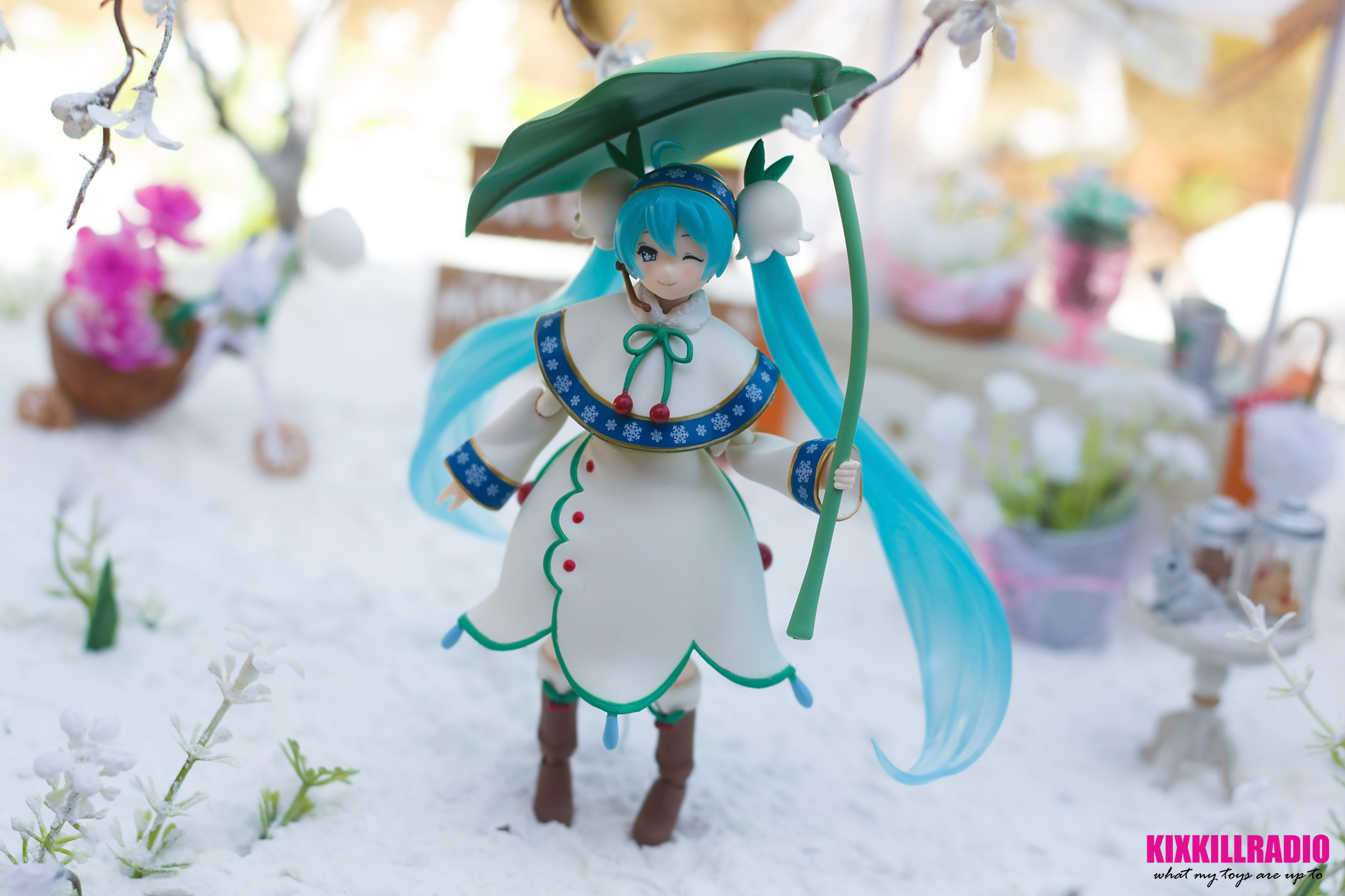 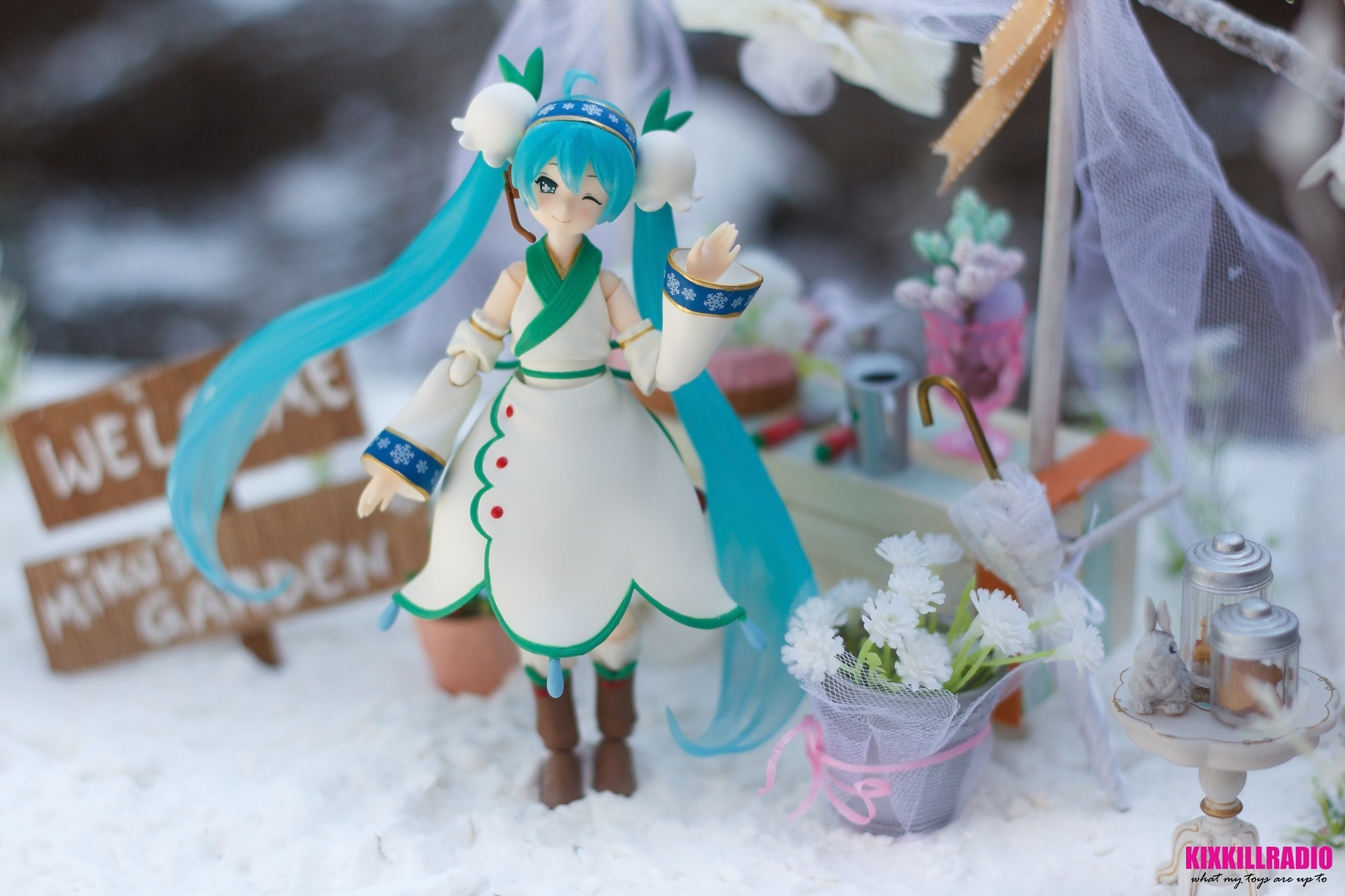 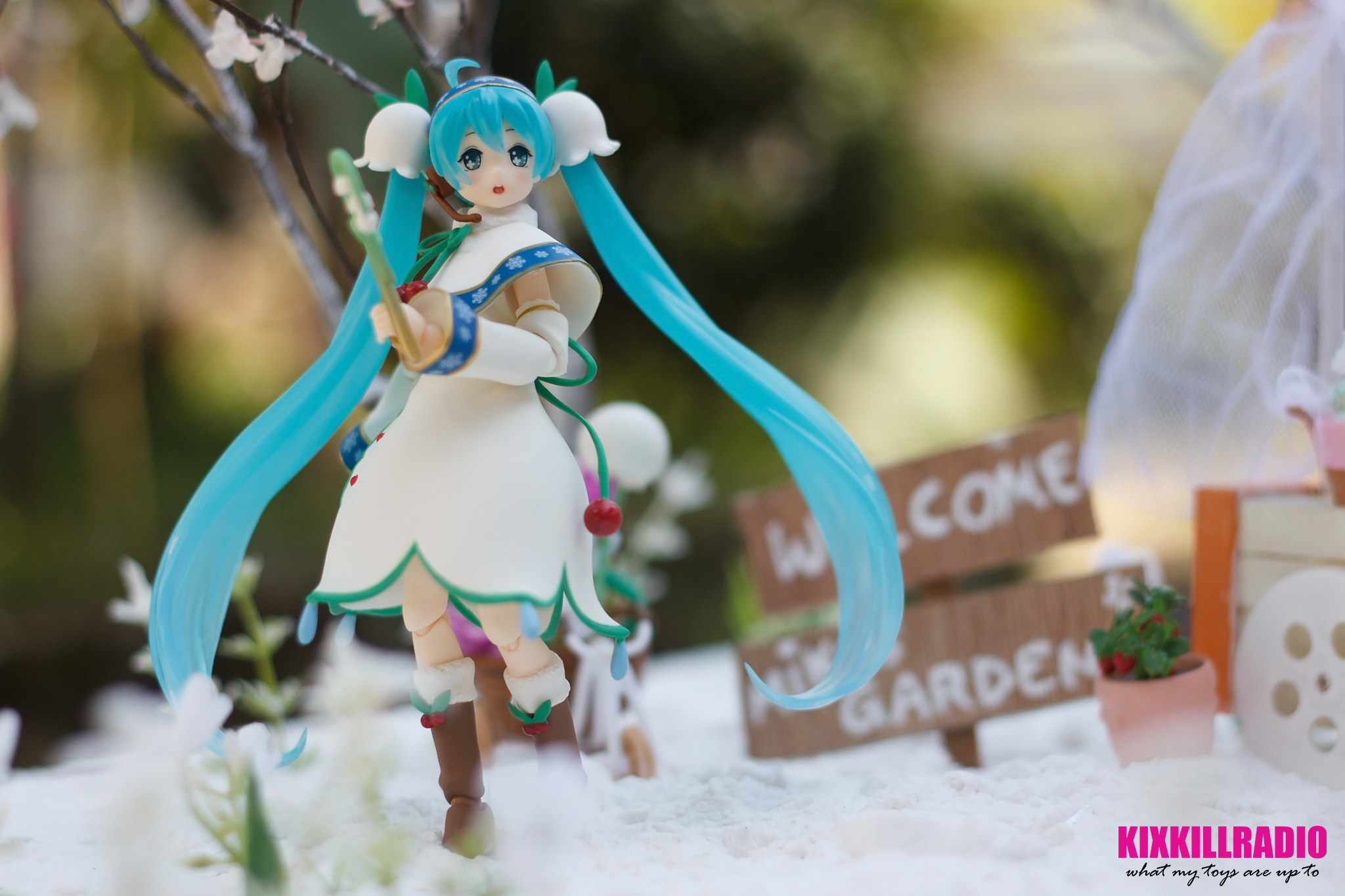 This figma is something that you shouldn’t miss. I think everything about it looks beautiful, plus the improved articulations of Snow Miku figma adds so much fun to play and take some nice photos of her. Taking her outdoor such as in the forest, backyard or your garden for photos is such a perfect setting for Snow Miku. I’ll be taking more photos of her in our backyard without the snow effect soon.

For more information about WonFes items, be sure to check to official site http://whl4u.jp/en/

You can also stand a chance to win some of WonFes products in a special Twitter campaign! The campaign is bring run worldwide (excluding Japan), so be sure to take a look!