Last week, I re-watched Toradora! simply because for me it’s a series that you can watch again after a year and never get  tired of it.  I hardly experience this feeling from recent romcom anime series. There are so many scenes that are memorable and I always dream of having a season 2 or another OVA maybe.

Having Toradora as my favorite anime, I bought Nendoroid Aisaka Taiga Dengeki Vers last year. When Good Smile Company announced her release, I got really excited and ordered this limited edition which includes her extra smiling face expression. She’s one of those old anime characters that I was really hoping GSC would release and thankfully they did.

I already took her out for a shoot as soon as I got her before and fortunately 2 photos have been featured by Good Smile Company on their website “Danny’s Corner”.  I haven’t really taken some nice photographs of her, so I decided to make a diorama.

On this year’s photo shoot of Taiga, I chose Ryūji’s house for the setting because she always hang out at Takasu’s home. So I made the room set similar to the anime. 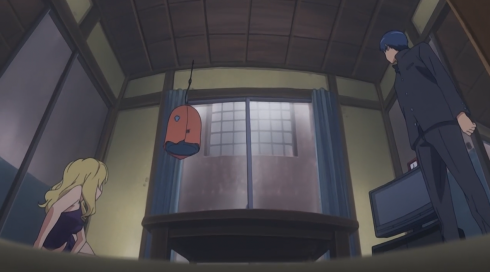 The scenes where Takasu Ryuuji is cooking meal and Taiga eats with his family is such a warm feeling. It’d be amazing if you find someone who sincerely look after you, just like Ryuuji to Taiga.

I hope you enjoy these random photos of Taiga! ^^

I think it’d be perfect if Ryuuji or Minorin nendoroid is also in this set to join Taiga. I was really hoping they would make nendoroids of the other Toradora! characters or I hope Kotobukiya will make a Cu-Poche Taiga and her friends. :3 *Dream mode*

That’s all for today, guys.

Once again, thanks for checking out. I’ll see you on my next post! ^_^