Since I can’t afford Saber Zero’s 1/8 Scale, I just decided to buy its chibified form, Nendoroid Saber Zero by Good Smile Company. Saber Zero is from the anime Fate/Zero.

That scale figure is really one bad ass but GSC emptied my wallet after I purchased Miku Hatsune Love is War DX version last year. Well, this Nendoroid version is pretty nice too especially her motorcycle.

I found myself having Saber figures in my collection, 3 more nendoroids, nendoroid petite sets, figma Saber Alter and 1 scale figure which is Saber Alter by GSC that I haven’t unbox yet.  I have a liking with Saber Alter, I wish Good Smile Company will make a nendoroid of her someday.

Anyway, back to Nendoroid Saber Zero. Have you guys watched the anime? If not yet then you should! >_<

In this photo set, I based it from the anime – which is usually dark-bluish background all the time.

This photo shoot was done 2 consecutive nights. My first night  was a disaster. I positioned her to just the side of the road when a speeding car passed by, she fell and got a scratch in her motorcycle. It broke my heart for a moment but it didn’t stop me. The next night I went out and tried a few shots again. I had to be more careful and tagged my brother with me so he could warn me from huge and fast vehicles approaching before taking the shot. 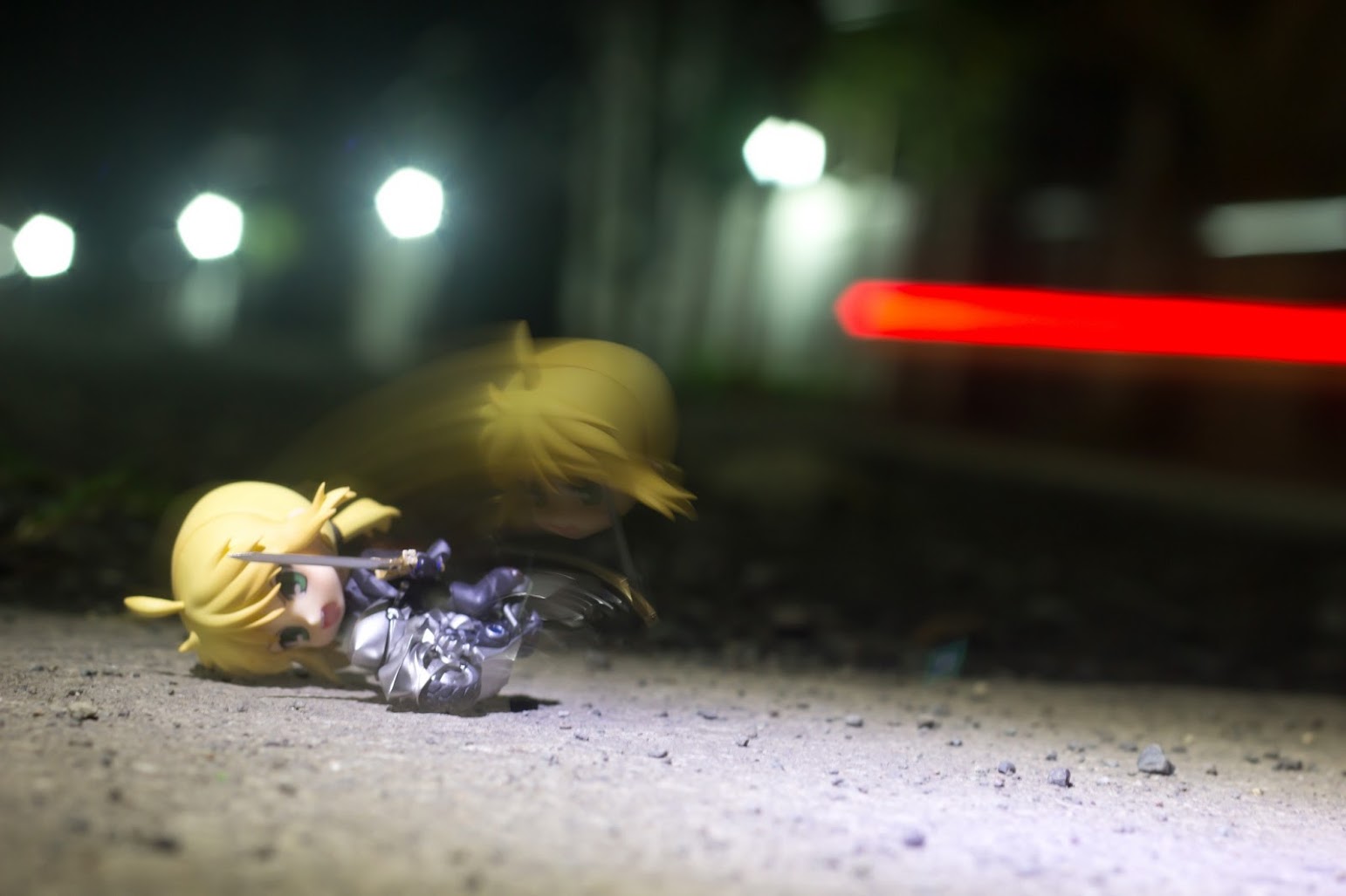