Hello, I got a question not long ago about body and face swapping of Nendoroids and Cu-Poche from our friends.

I tried to swap their bodies and face and here’s what I think:

1. Can a Nendoroid face plate be used for Cu-Poche?

Yes you can, but not all Nendoroid faceplates will fit in to Cu-Poche’s hair. This one I used Ui Hirasawa’s face. 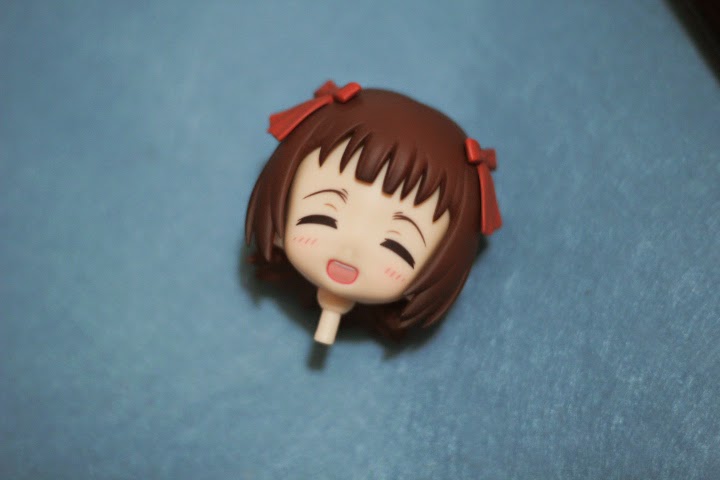 BUT it doesn’t look so good when in side view (picture below). With that LONG nendoroid neck joint, I don’t think it is possible to put into Cu-Poche’s body. I tried but it feels like the neck joint is going to snap. 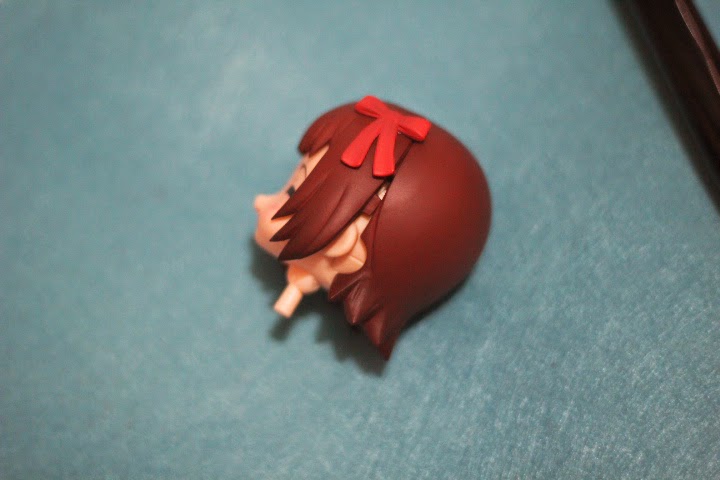 2. Can I use Cu-Poche body to Nendoroids?

I have 3 faceplates – Nendoroid Mirai, Cu-Poche Haruka and Nendoroid Super Sonico. You will notice the difference between the length of their neck joints. 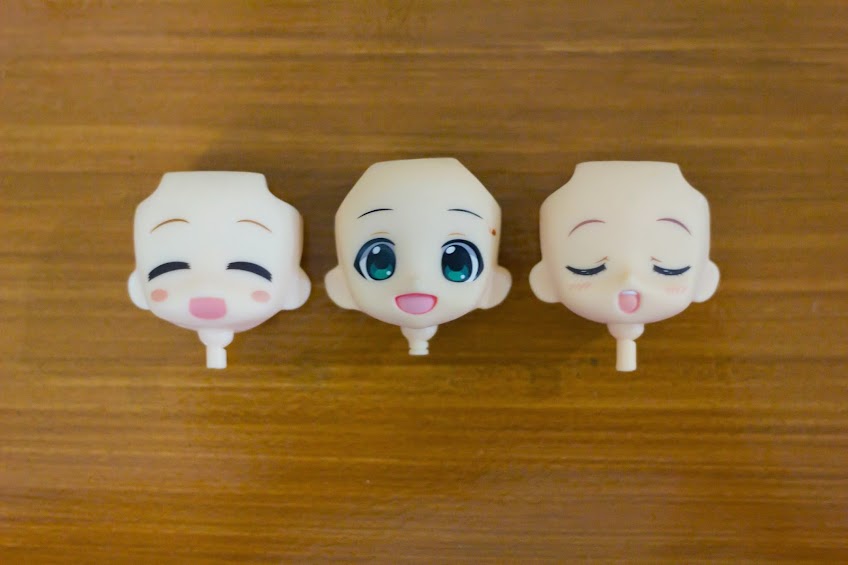 Mirai’s faceplate has a shorter neckjoint, I can use her head to a Cu-Poche, but can’t use her faceplate to Cu-Poche Haruka’s hair because it just didn’t fit.

Nendoroid Super Sonico’s faceplate has longer neckjoint which is not possible to put in to Cu-Poche’s body. It also didn’t fit Haruka’s hair.

If you have multiple Nendoroid faceplates with shorter neckjoints, you can try each one and see if it’s going to fit to Cu-Poche’s body.

I only have one Cu-Poche neckjoint so please forgive me if I am too afraid to risk it. 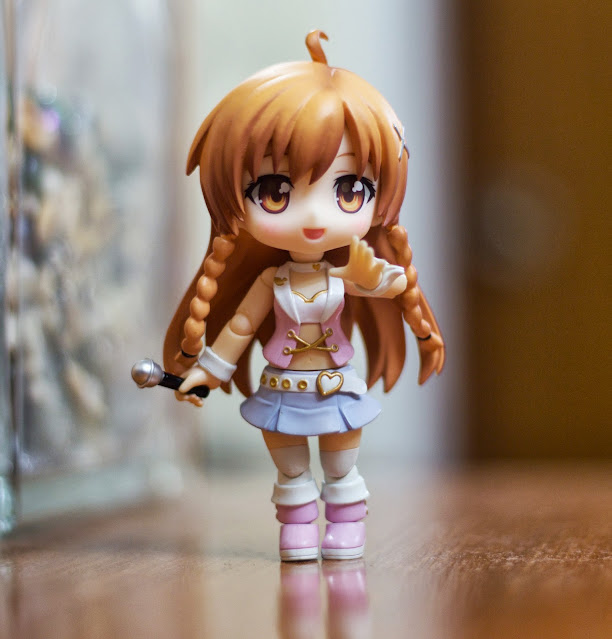 3. Can Cu-Poche use Nendoroid’s body?

Yes. But the head tends to fall all the time. So if you have a talent to mod their neckjoints or at least have spare ones, you can use them. I think Cu-Poche looks cute with Nendoroid’s body too. 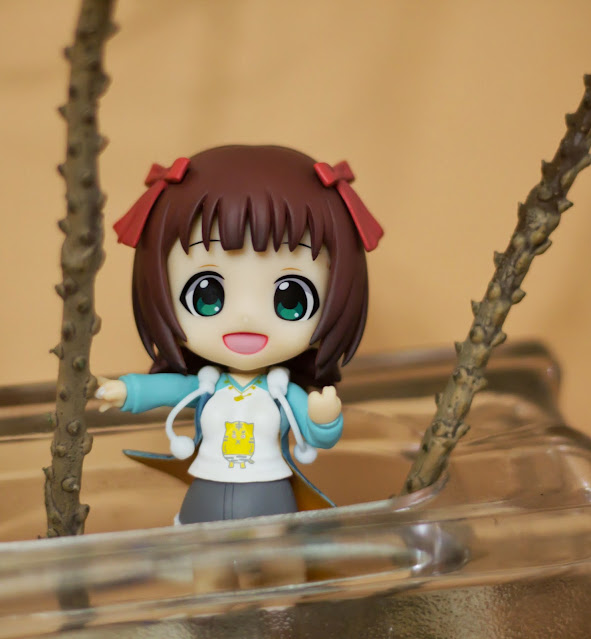 I used Nendoroid Super Sonico’s body to Cu-Poche Haruka and she looks adorable. 🙂