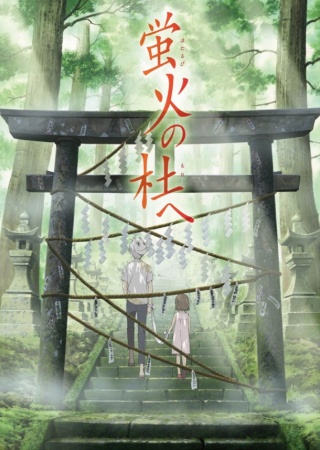 Hotarubi no Mori e (蛍火の杜へ?) is a manga by Yuki Midorikawa and was adapted into an anime film in 2011. It has the same mangaka with Natsume’s Book of Friends.

This is a love story of a young girl named Hotaru who was lost in the forest that is inhabited by mountain spirits, and a human-looking spirit named, Gin. Gin was cursed ever since a child, he cannot be touched by a human otherwise he will vanished.

The story is sad, but it’s beautiful. I found this AMV in youtube and it happens to be one my favorite song “May I’ by Trading Yesterday.