From the popular anime series that aired earlier last year, Ano Hi Mita Hana no Namae o Bokutachi wa Mada Shiranai. Have you watched the anime? If you haven’t then you should start watching now. 😉 I also love both of her OP and ED theme, the drama story of love and friendship.

Anyway, I ordered Menma simply because she is Menma, and I like her in that simple white dress. Her face expressions are super cute.

Can’t wait for her release this coming February, let’s hope that there’s no delay.

Honestly, I ordered her without any slight idea what’s her character in the manga/anime series Boku wa Tomodachi ga Sukunai.  The butterfly accessory looks good on her, and that annoyed looked on her face is cute and so is the crying expression and her starry eyed face. But over all, I ordered her because of the extra accessories – LCD TV, TV stand, PS2, controller, sitting parts and a sofa! These are going to help me a lot with toy photography. :3 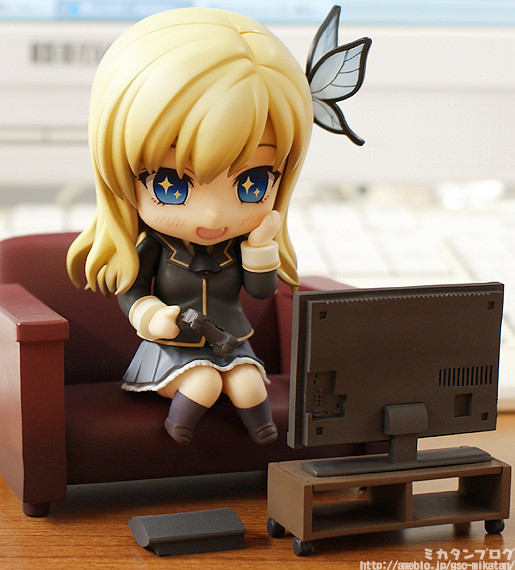 Ohana Matsumae is from the anime Hanasaku Iroha and the lead protagonist in the story. I enjoyed the anime, because of its drawings. I usually enjoy traditional Japanese setting in the anime. Ohana works at  Kissuisou – a Japanese Inn owned by her grand mother. The uniform she wears at work is adorable and the sculpt is well detailed! She is set to be released on March 2012.

I need a family restaurant for my nendoroids! I ordered this one (except the Nendoroid). I haven’t watched the Working! anime, maybe this week I will when I get the time.

I have plenty of re-ment food as an addition to this set. I can’t wait to make it look like a real restaurant kitchen!

Miho Azuki is from the anime/manga series Bakuman. I like the anime a lot, I regret not getting the first Bakuman Nendoroid boys. I tried to look for them in My Japanese Hobby, they found Akito but a little expensive now.  I ordered Miho Azuki, hoping to complete the three of them, Akito Takagi and Moritaka Mashiro (won’t be getting Eiji).  Oh, I love that microphone! ^^;;

Kyoto Animation is going to release the K-On movie special figure. Since I’m a fan of K-On cuteness, there’s no way I’m gonna miss this. She’s just so cute! 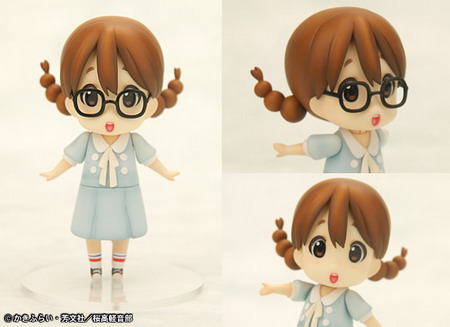 That’s all for my Pre-order list, still waiting for more adorable nendoroids to come out. I wish Chihaya of Chihayafuru will have a nendoroid too.  :3 I’m crossing my fingers!