I got this cute figure a couple of weeks ago and it’s one of the Cu-poche figures that I am really excited about. After watching the anime “Chūnibyō Demo Koi ga Shitai!”, I really hoped that someone would make a chibi figure of Rikka and Dekomori and Kotobukiya has answered my prayers. Yes! My heart jumped in delight when Kotobukiya sent me another adorable figure. Thank you very much! ❤

This set was also featured on Kotobukiya Facebook page, check them out here.

In today’s post, I am going to show you various poses of Cu-poche Rikka Takanashi by Kotobukiya. 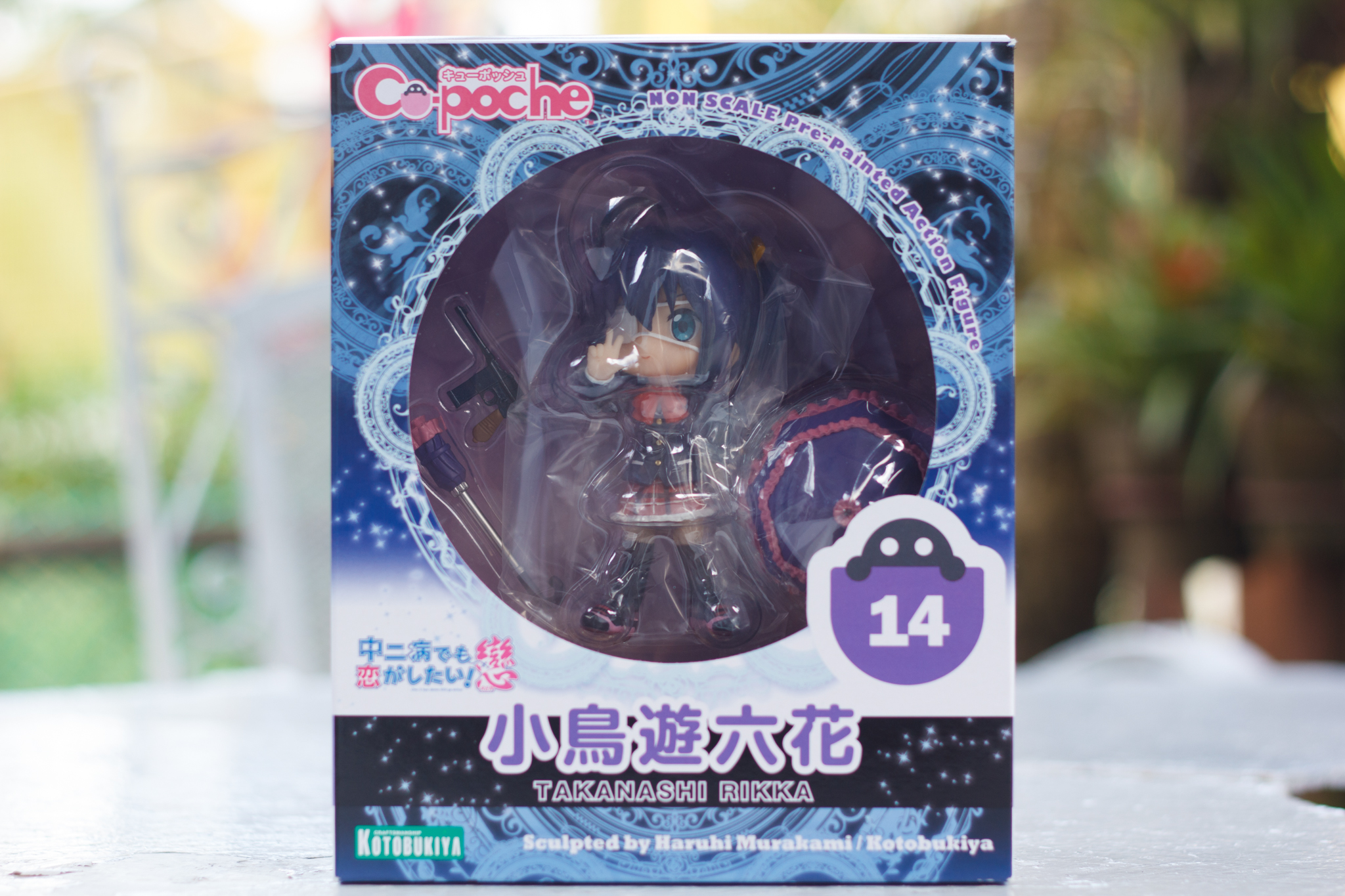 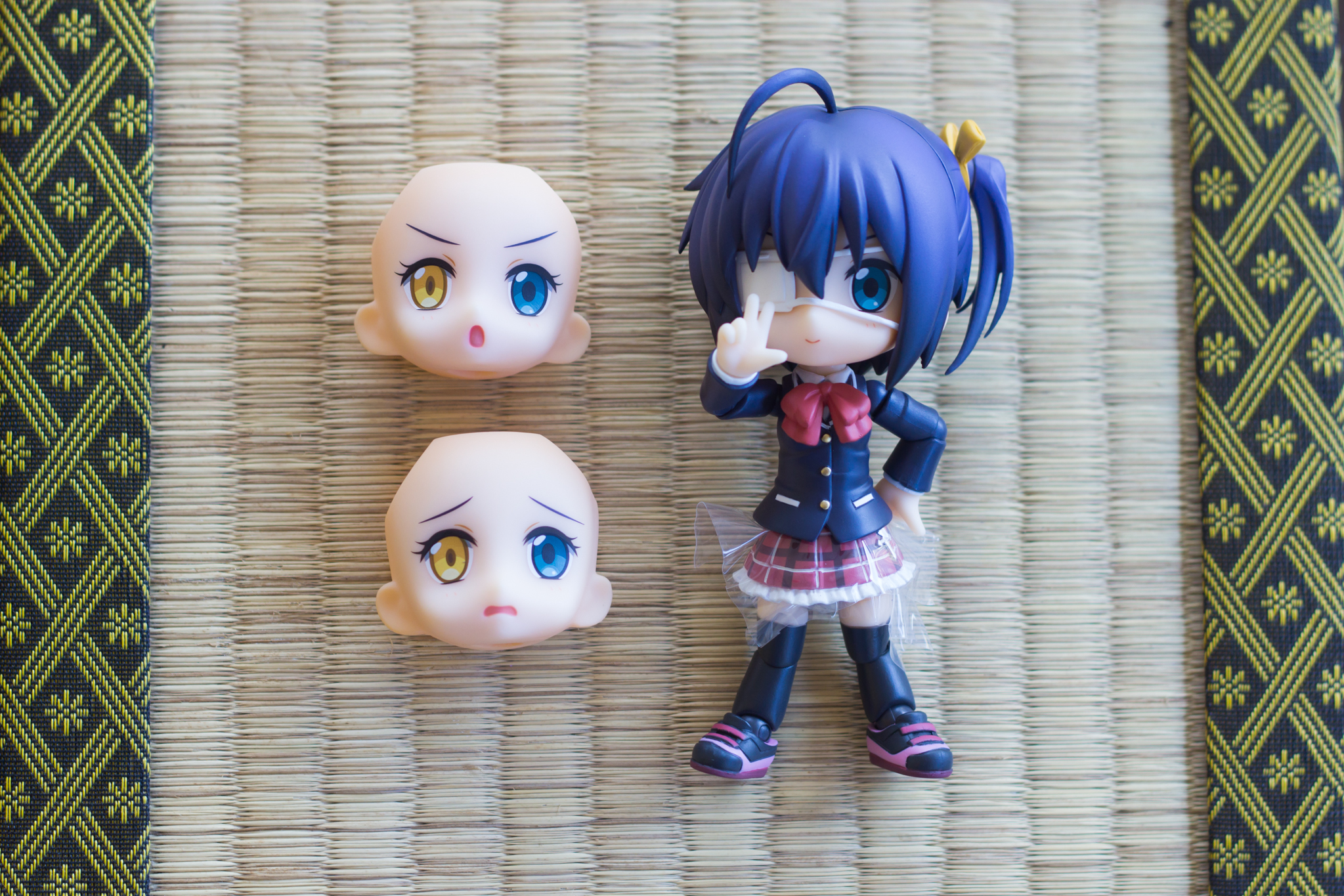 She comes with 3 face expressions: Smile face, an expression that seemed she’s up for battle and the “Oh no” face . The eye patch can also be removed. 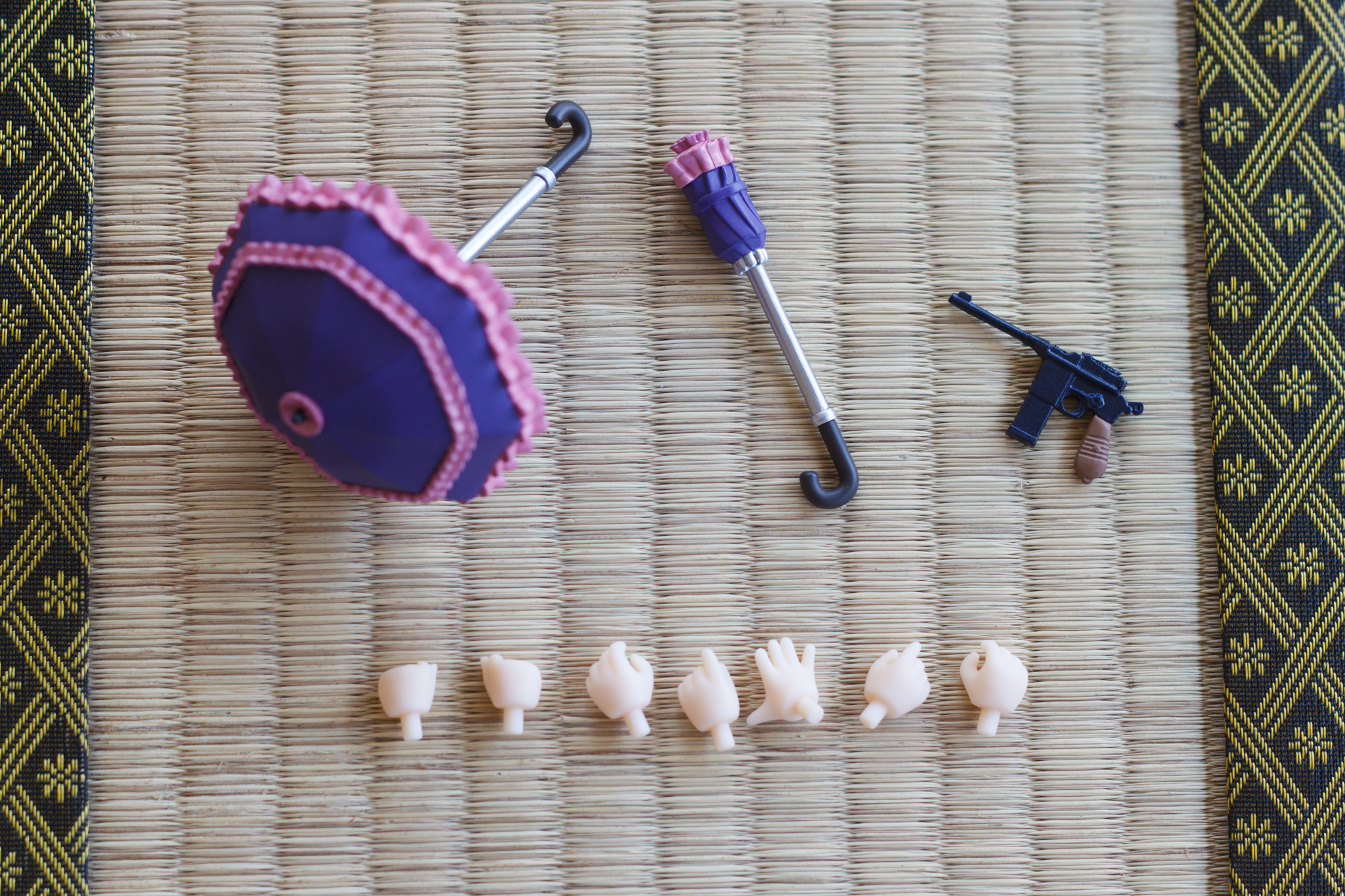 Of course, Rikka wouldn’t be the Tyrant’s Eye without her famous weapons: Schwarz Zechs prototype Mk-2 which can be displayed either in gungnir or schwarzschild mode. Also includes Mauser military and optional hand parts.

When Kotobukiya announced her release many months ago, I planned to shoot her in a club room setting where Rikka and her friends from the Far Eastern Magic Nap Society club often hangs out.

Unfortunately, I couldn’t get a material best fit for the magic star circle so I skipped that part and placed the kotatsu instead.

Behold the owner of the Tyrant’s Eye, the main protagonist and super cute Rikka Takanashi! 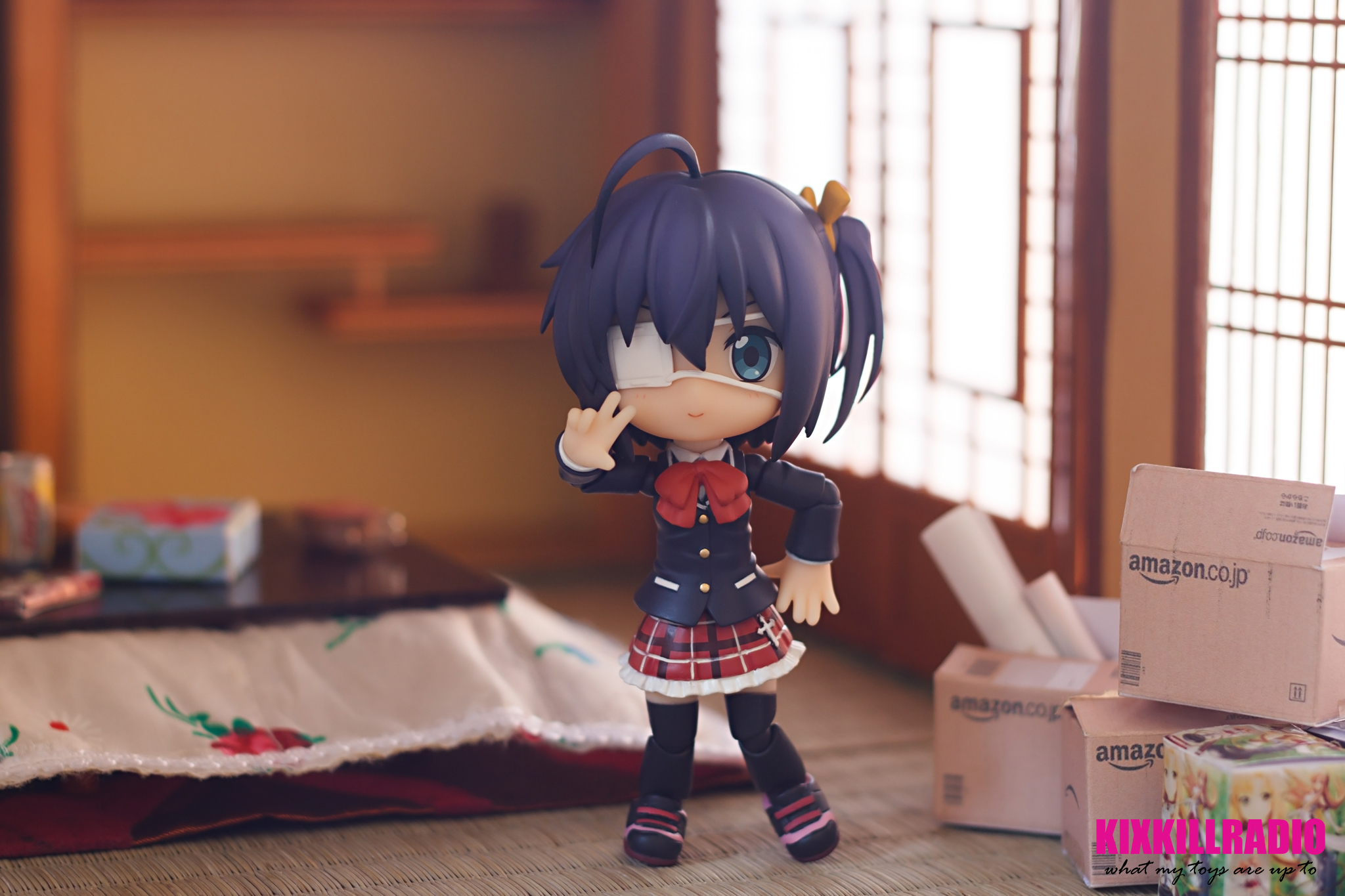 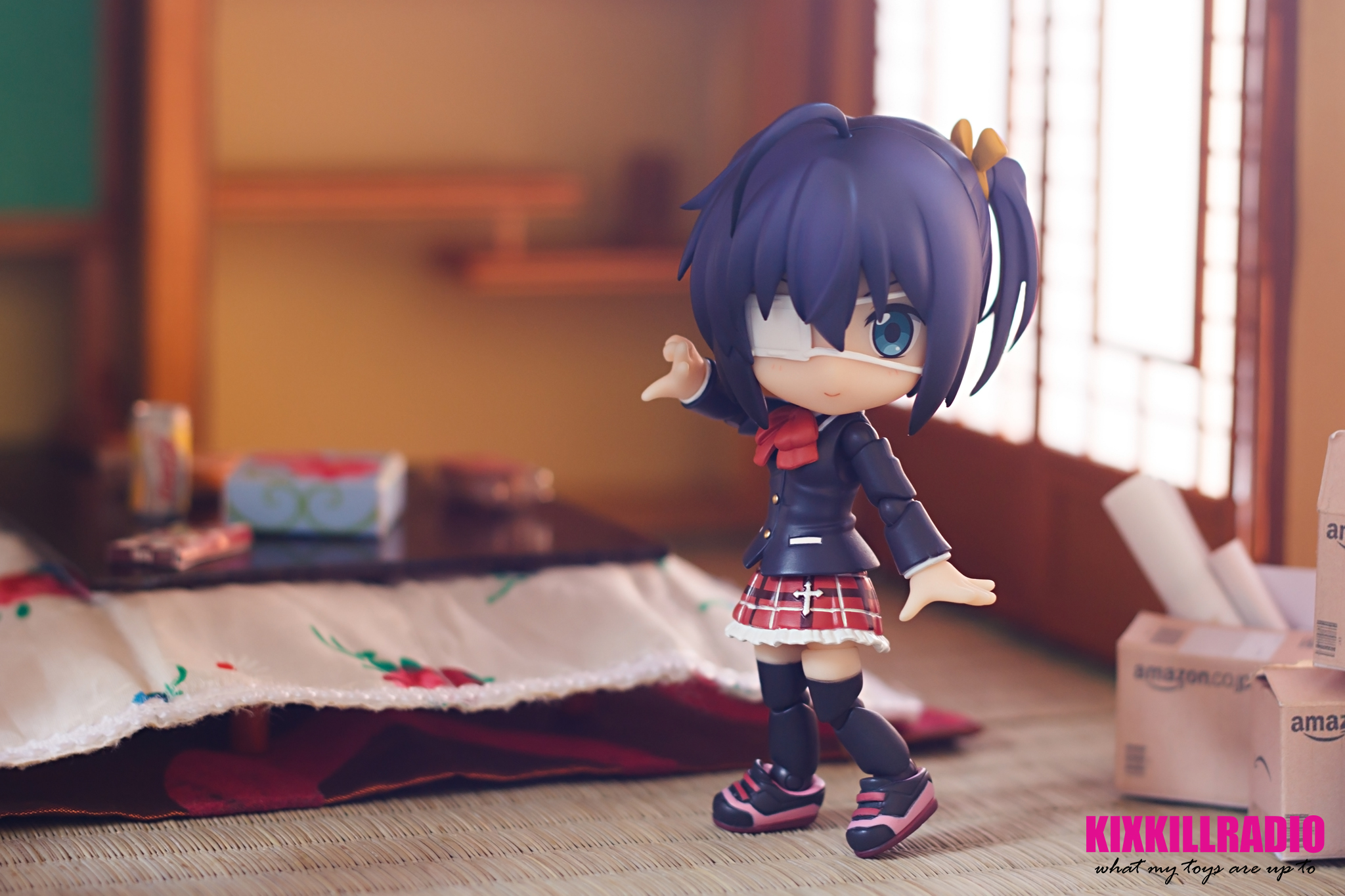 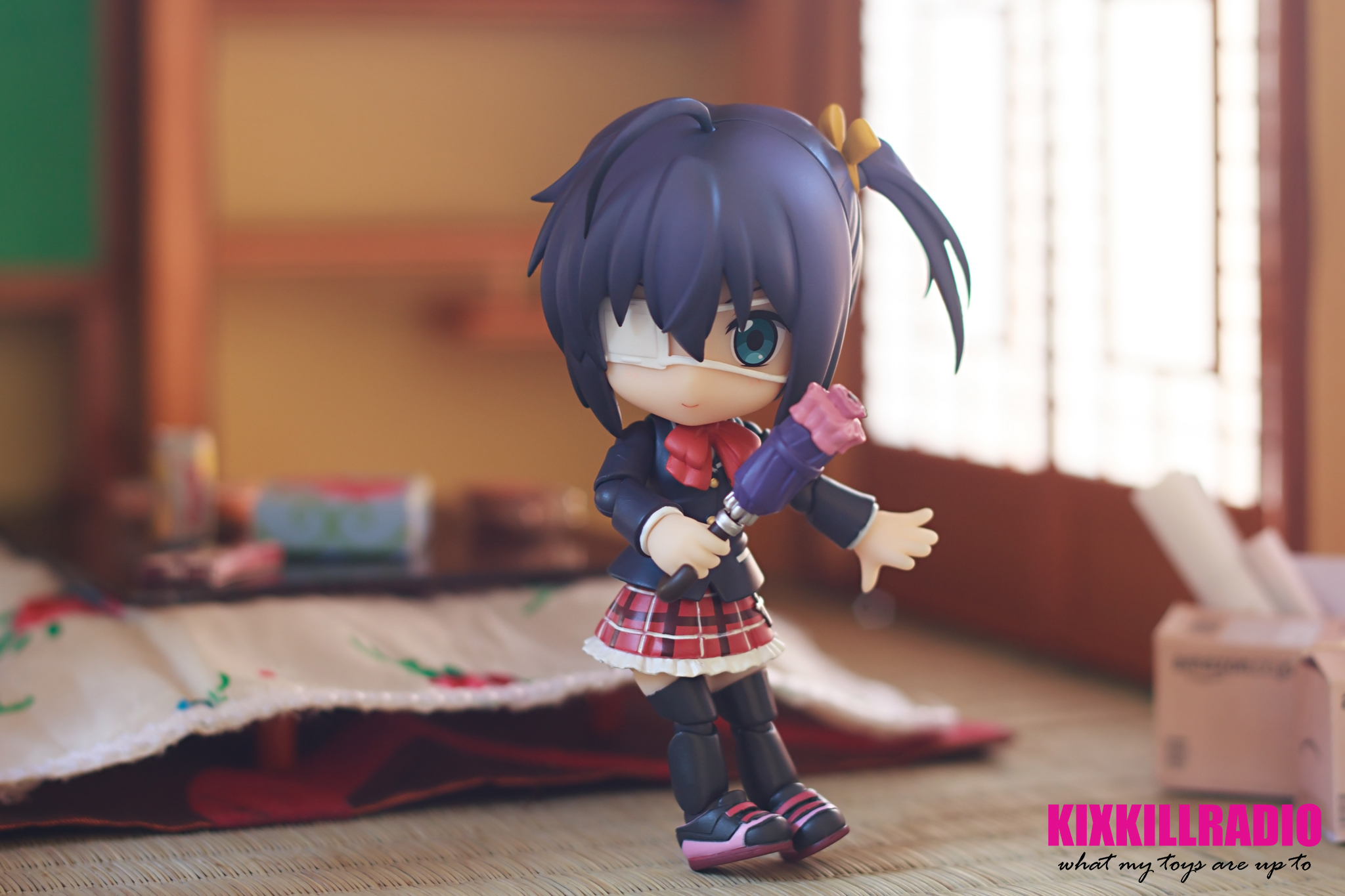 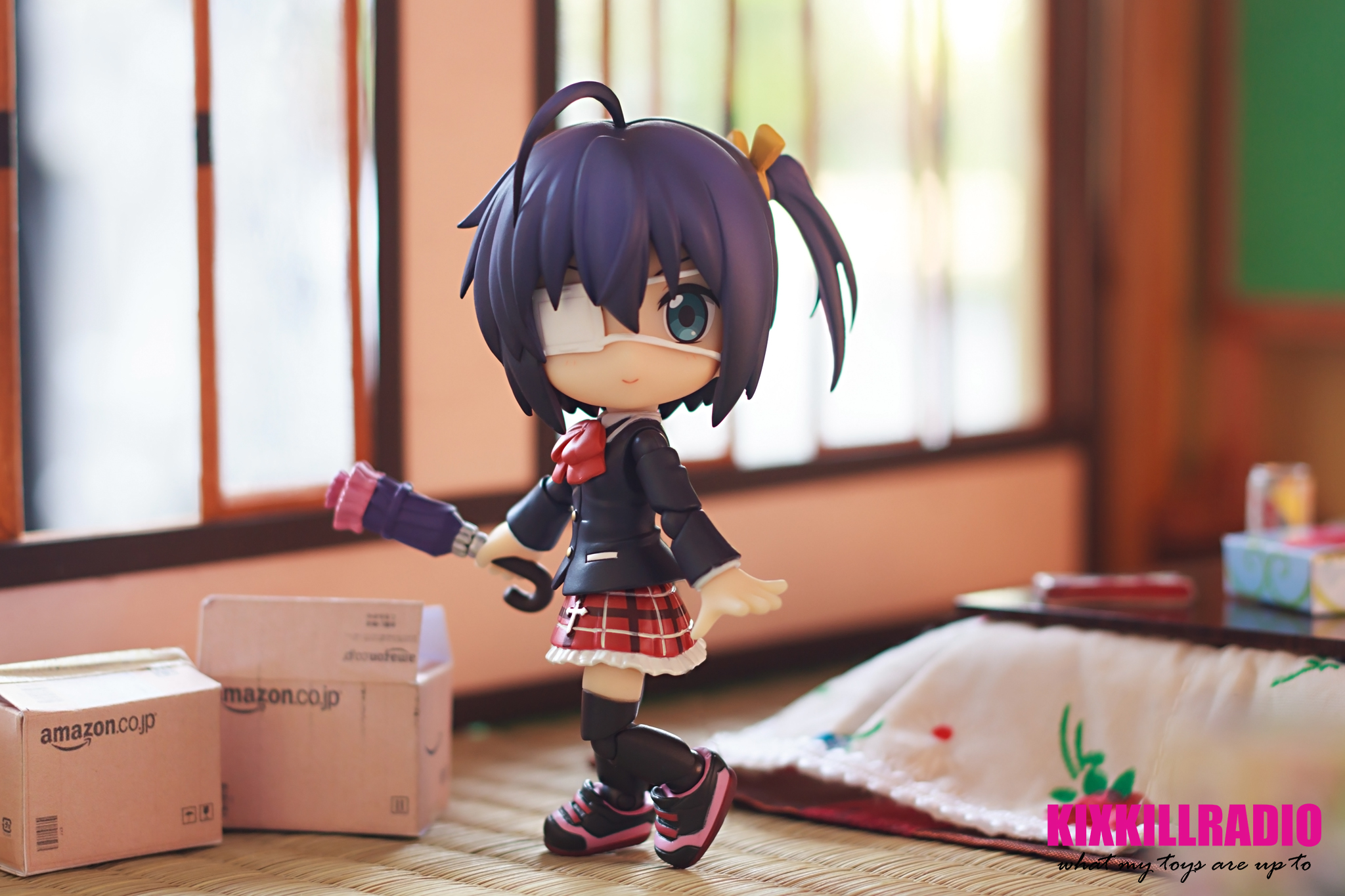 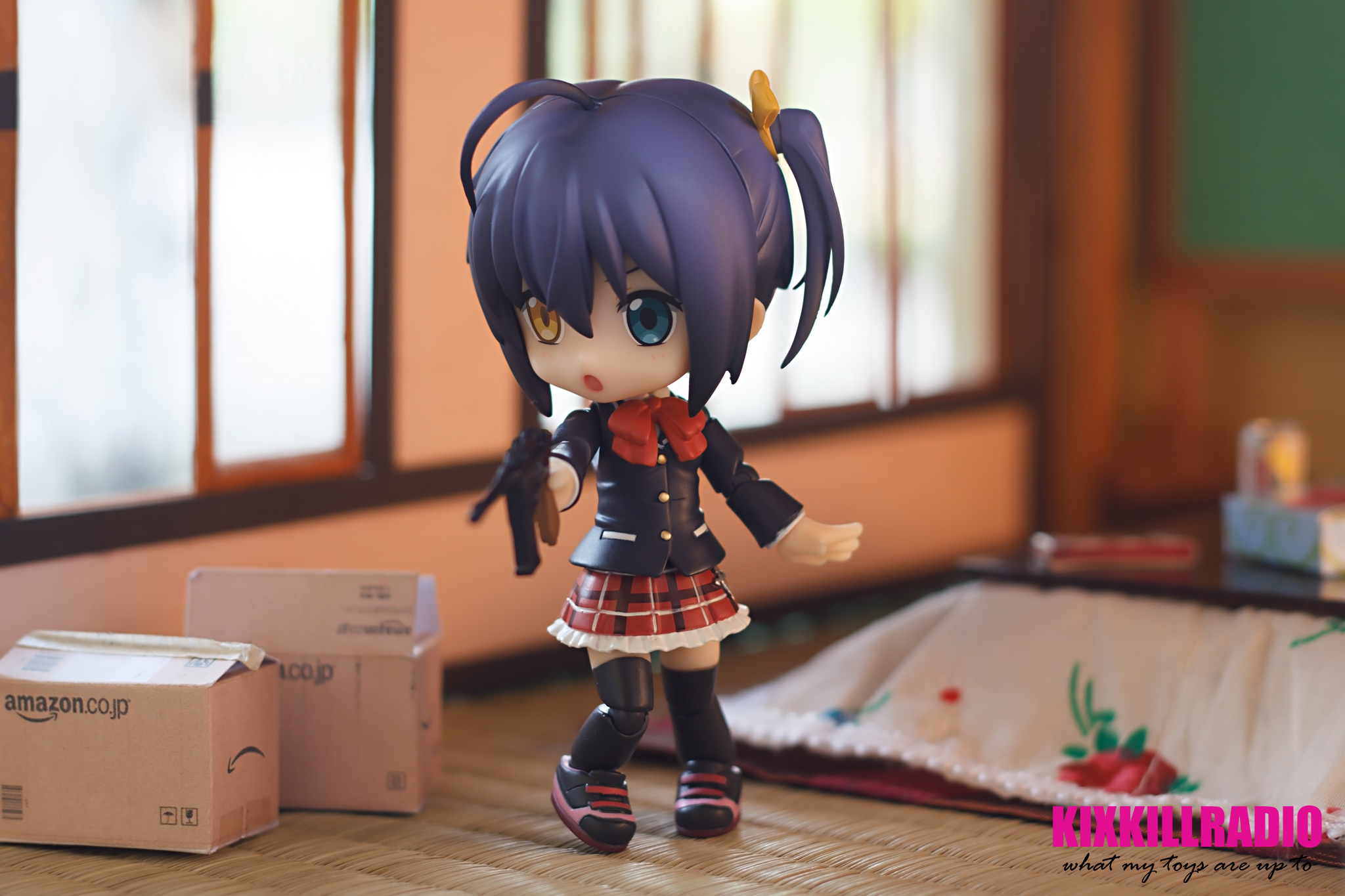 Rikka without the eye patch. 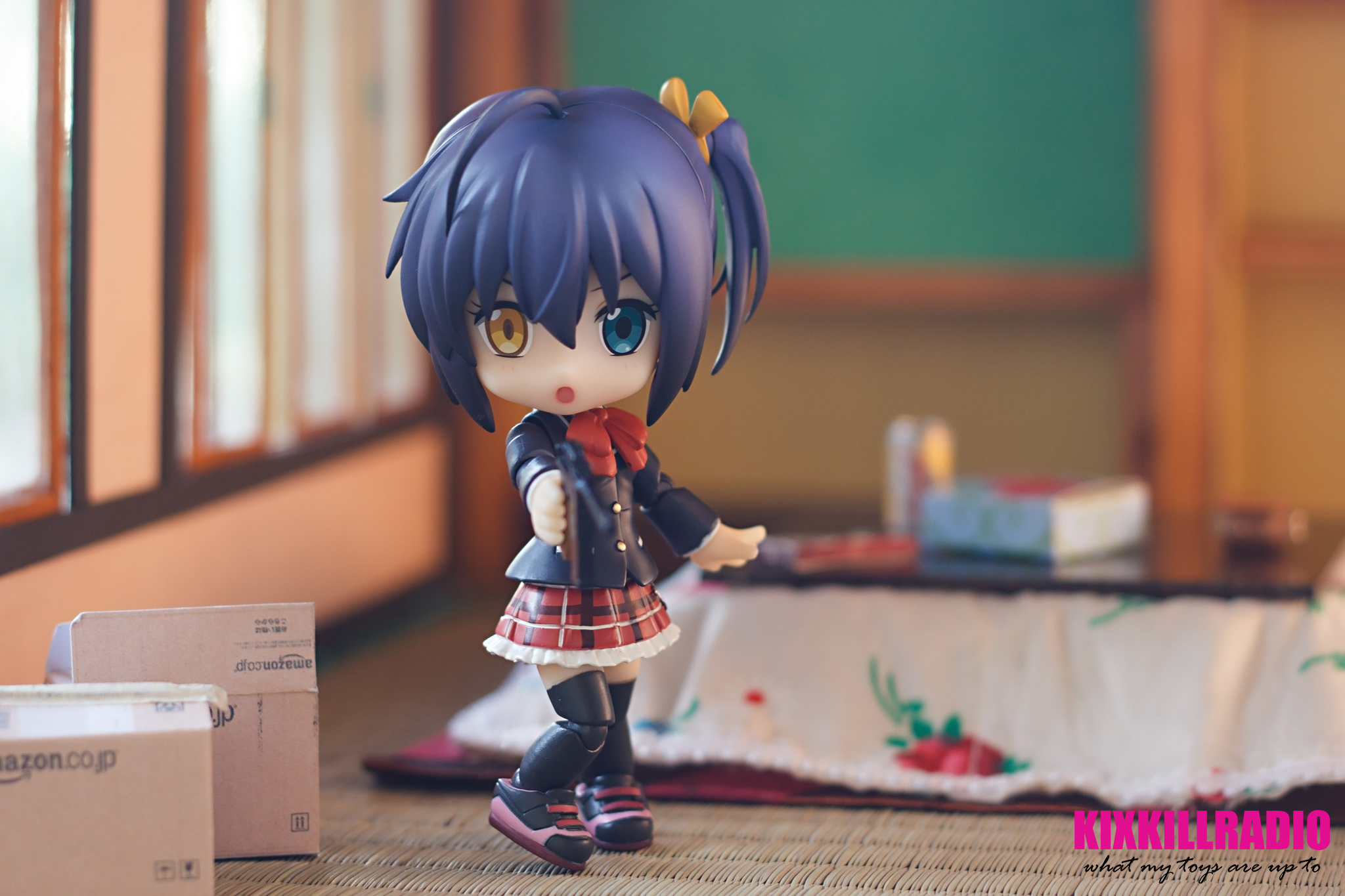 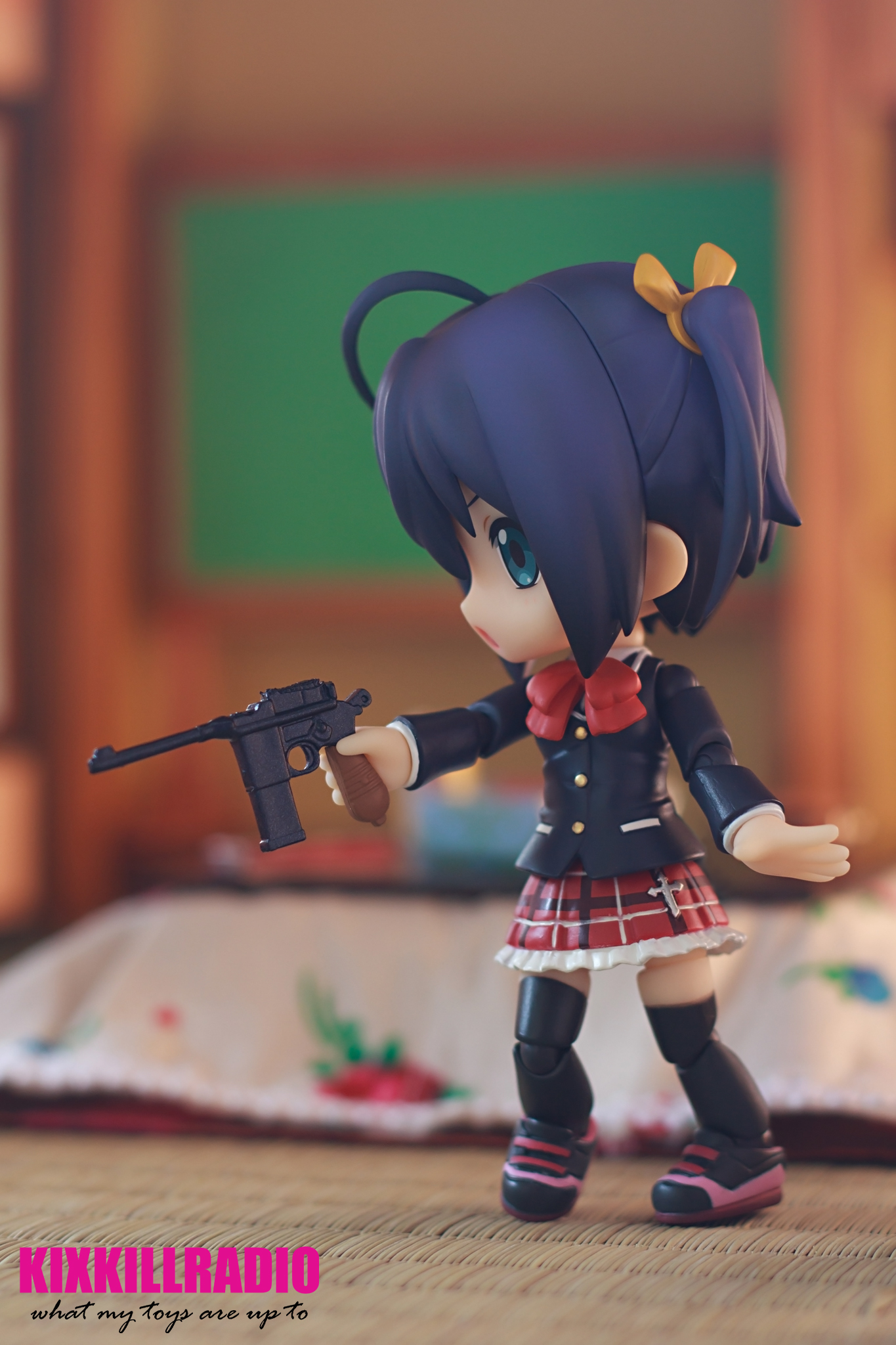 Aside from her Schwarz Zechs prototype Mk-2, she also has this Mauser c96 weapon. She looks really cool! 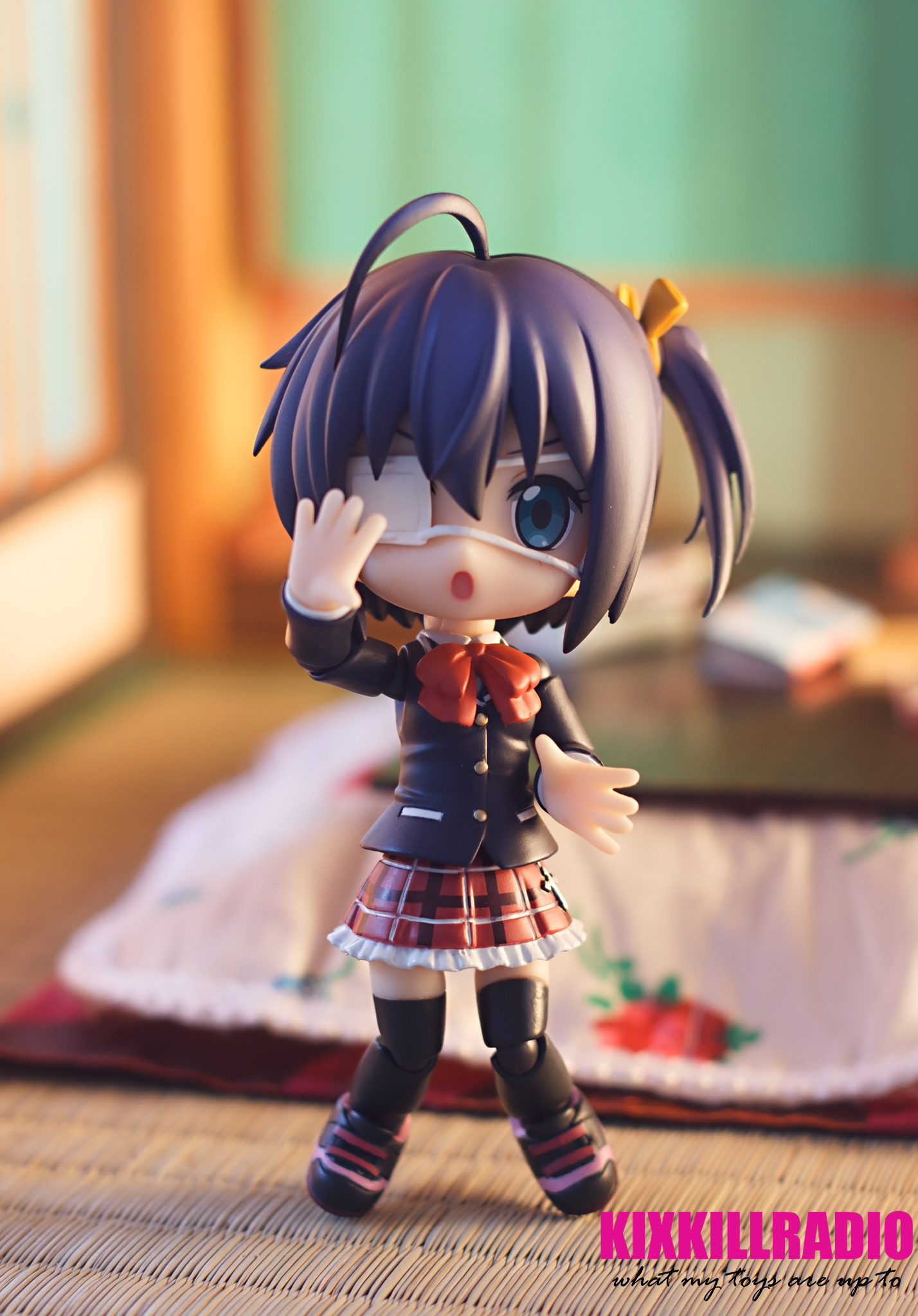 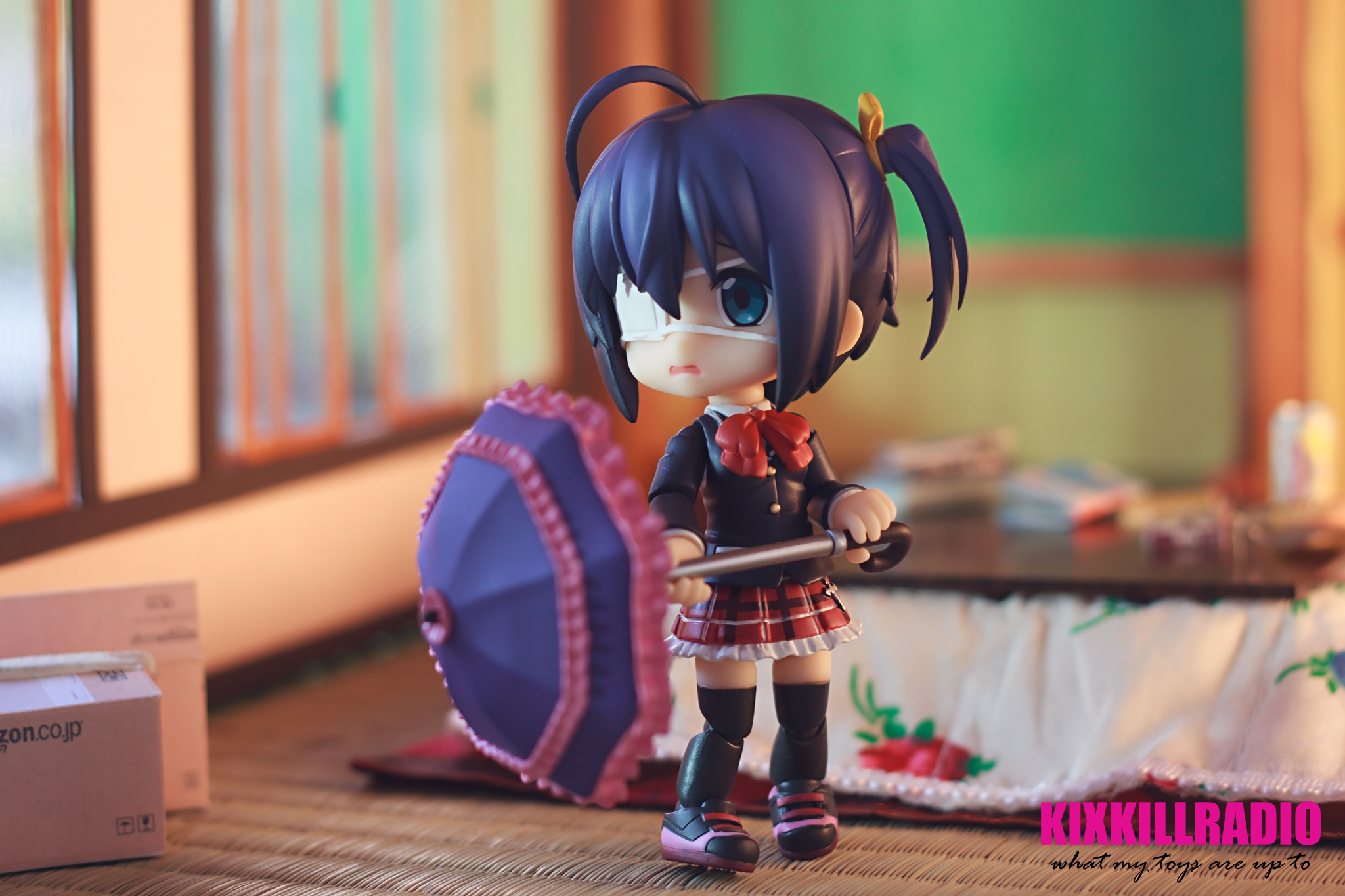 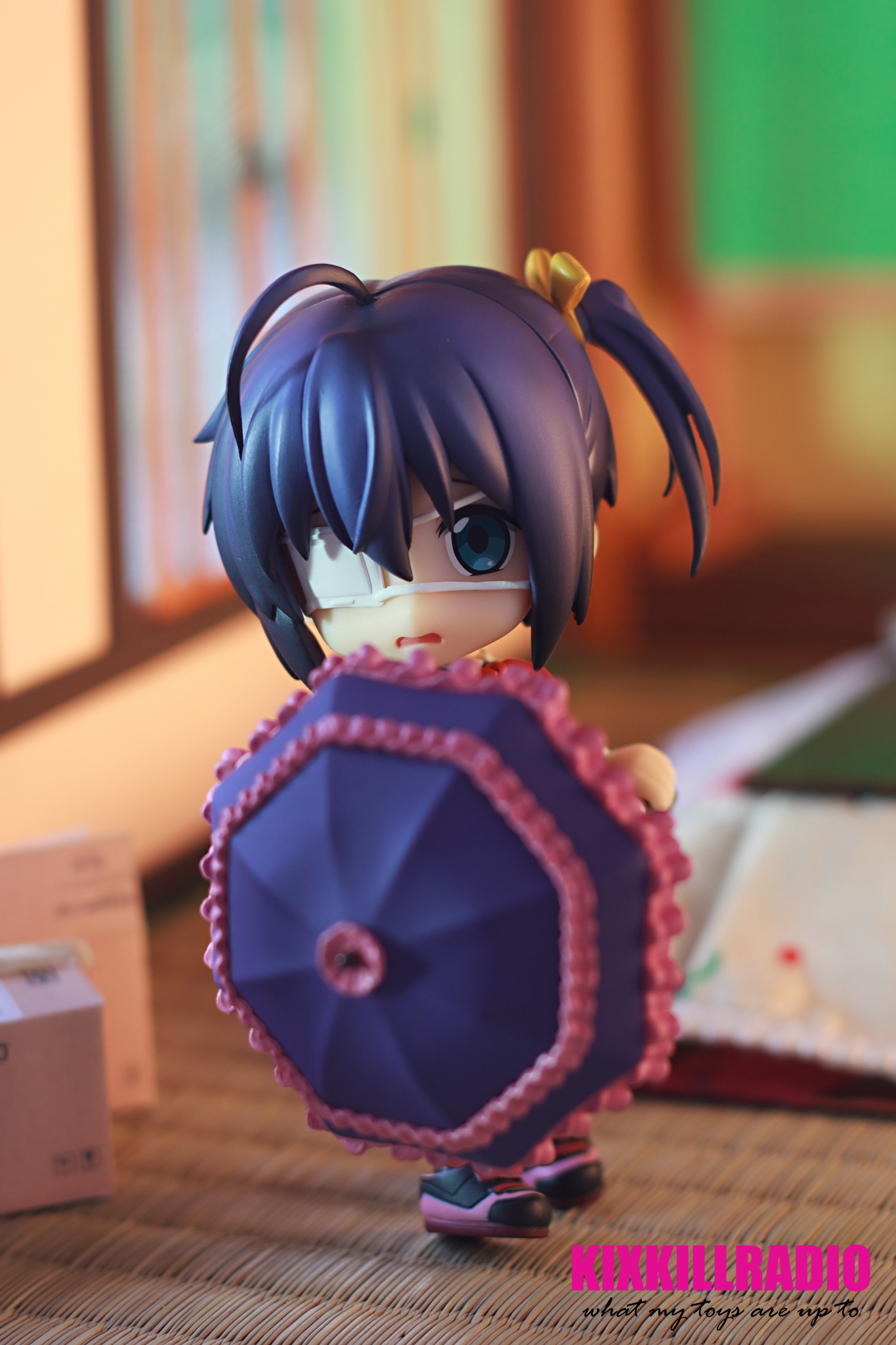 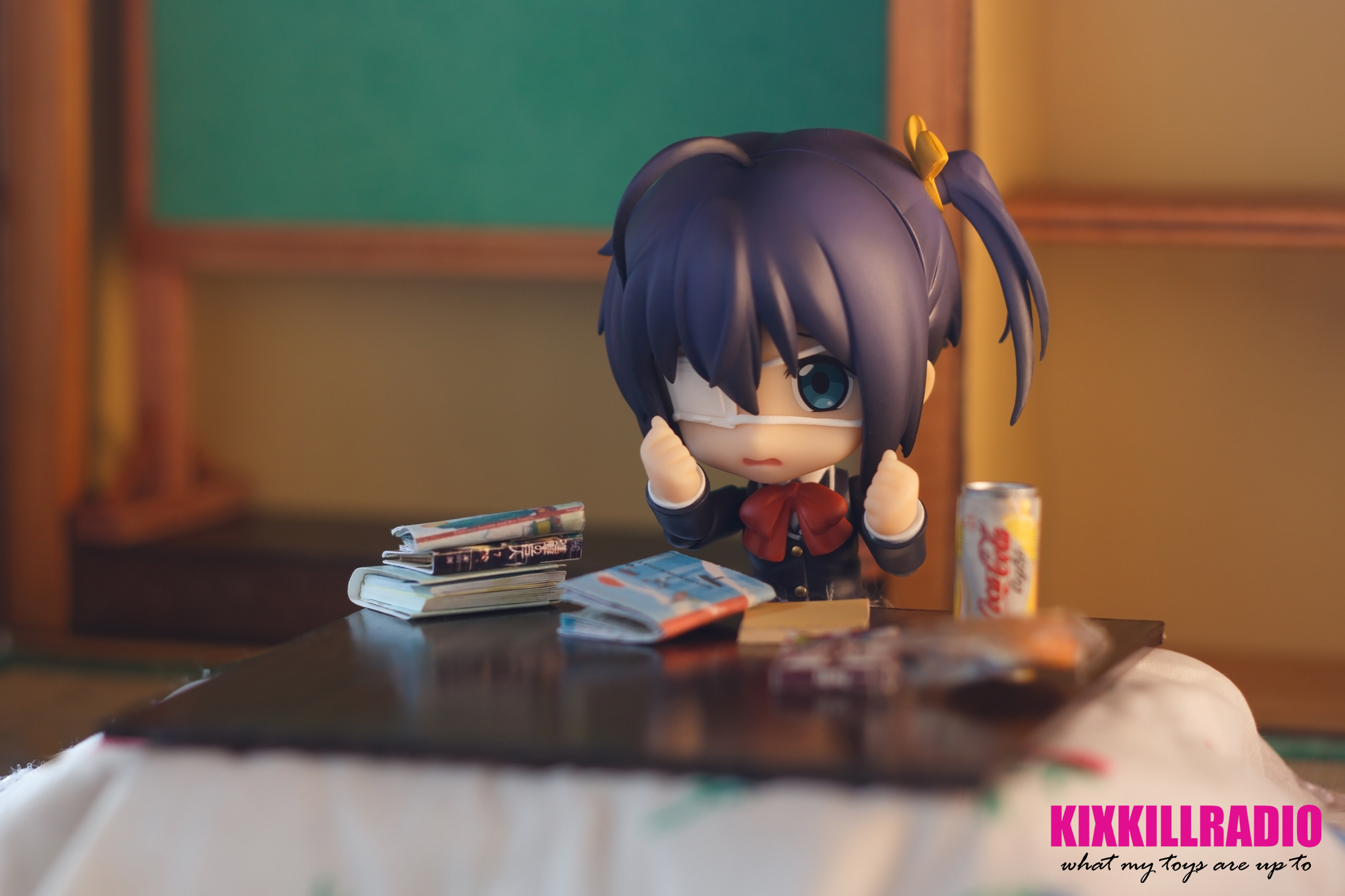 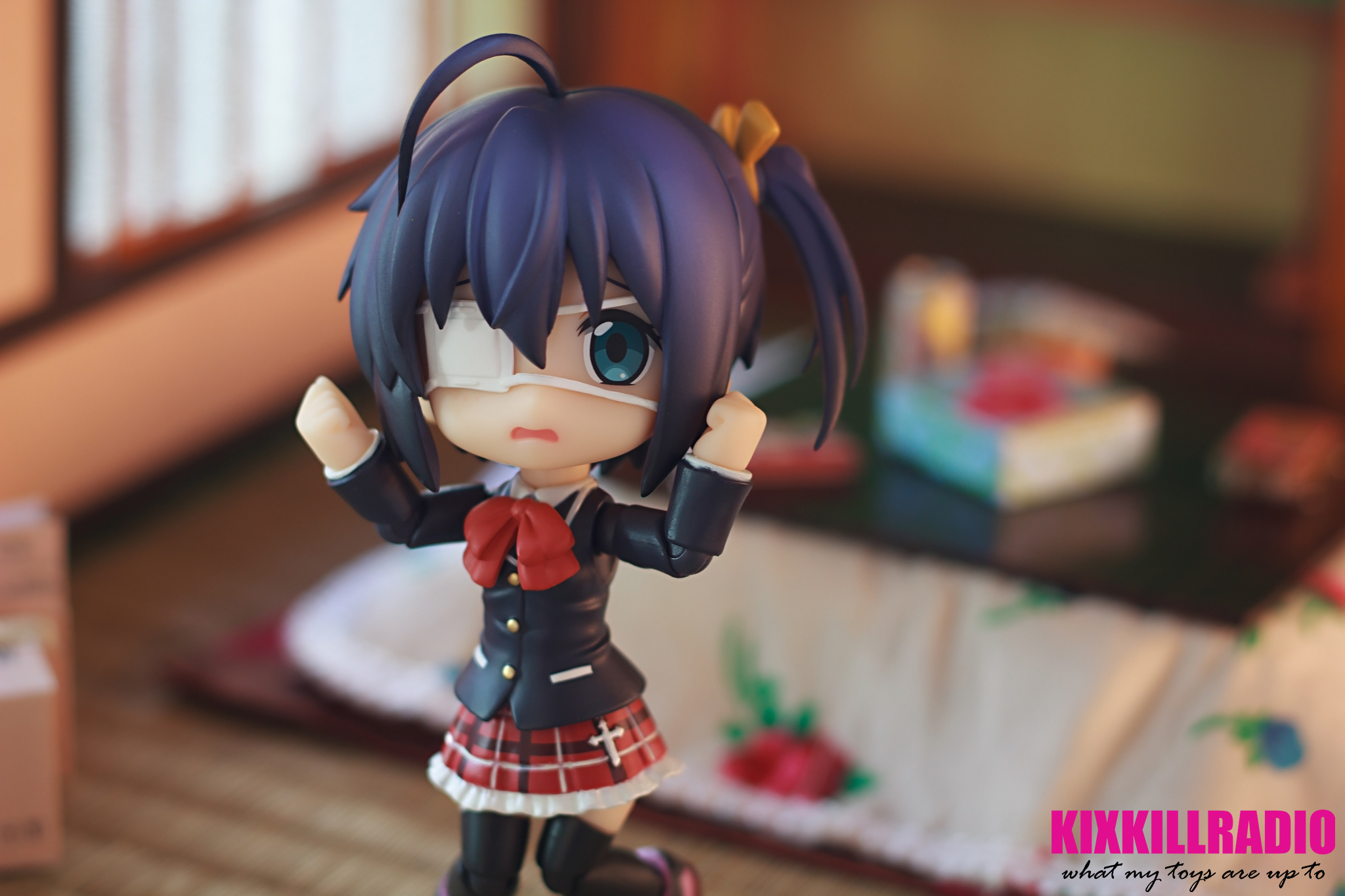 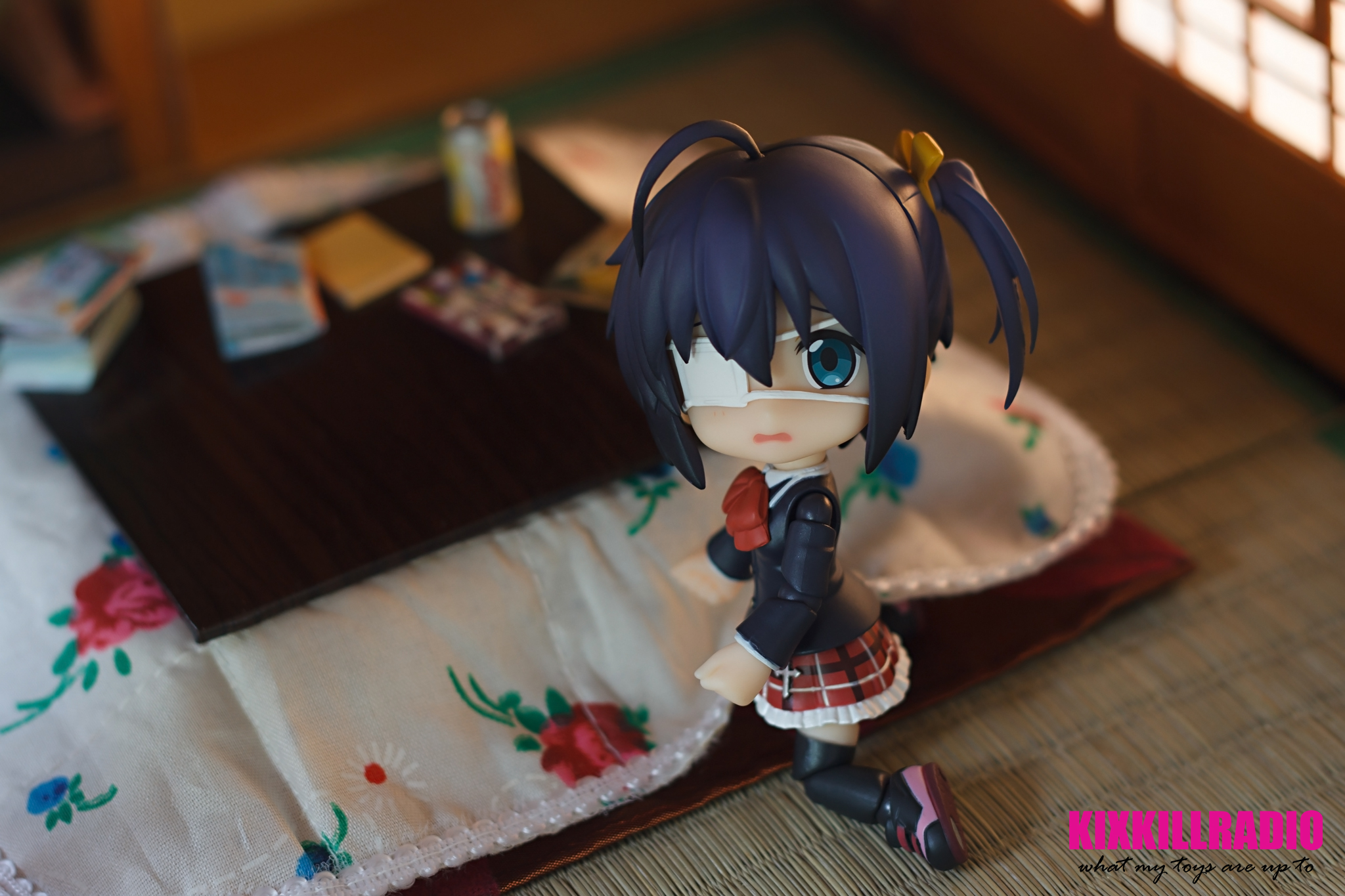 I really hope Kotobukiya will also make a Cu-poche Yuuta Togashi so I can shoot a lovey dovey scene of the two. :3

I am loving this figure really much. She has all the cutest face expressions and accessories. You can still get your Cu-poche Rikka Takanashi here, hurry before the stocks run out!